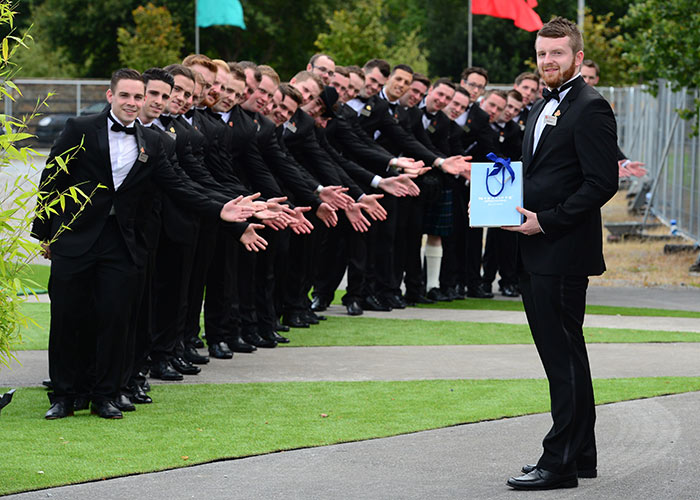 Donegal will be well represented at the Rose of Tralee festival this year, after three escorts from the county made it through an intensive boot camp in order to be chosen for the glitzy pageant.

Struan Charters, Tom Cranley and Mark Harley will represent Donegal at The Rose of Tralee festival which gets underway on August 17th.

The three lads were put through a gruelling boot camp over the Bank Holiday Weekend where they had to showcase their skills in an array of different ways such as footing turf, sowing, ironing and surfing!

Sixty-five escorts were selected following the weekend, and three Donegal showed they had what it takes to make a great escort.

In fact, most counties are well represented at this year’s festival – with 26 of the 32 counties having escorts selected.

John Drummey, Rose of Tralee Communications Manager, told The Irish Daily Mirror, “The Rose Escorts spent three days in Kerry where they undertook a number of endurance tasks to prepare them for the festival.

“Over 200 men between 21 and 30 years applied to become Rose Escorts this year.

“Following a detailed interview process, the final 65, the biggest number ever, were selected to take part in a Boot Camp weekend in Kerry, to help them cope with the demands of a busy week in Tralee.”