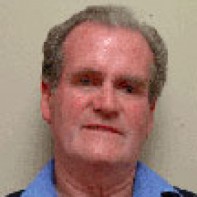 A CO Donegal mother has waited two years for a medical card – without anyone telling her why it has been delayed.

The case is one of many across the county causing concern – with months-long delays in the processing of medical cards, says Cllr. Ian McGarvey.

The County councillor says the situation is now critical.

He says claims for Carers Allowance are also faced with similar delays.

At the same time Deputy Pearse Doherty has warned of a serious crisis in home help services unless urgent action is taken to improve existing provisions.

Cllr. McGarvey said he is currently representing a lone parent in Letterkenny who is out of work for two years. He has spoken of the lack of information as to why the case has not been dealt with.

And he says that is proving very difficult to get any information other than from an answering machine. He has confirmed that a five months delay there is no sign of progress on the case.

There are many other such cases and they are causing hardship and frustration, he said.
Cllr. McGarvey said that all the relevant information on this and many other cases are with the National Medical Card Unit and he’s accused the Dept of Health of using stalling tactics to delay progress and to save money.

He says that now more than ever, there are many people dependent on the medical card system and they just cannot afford medical costs because they are struggling hard to survive on very low incomes.

Saying he wished to protect the identity of the mother and her child in the Letterkenny area, Cllr. Mc Garvey said he was raising the matter in the public domain because of its urgency, the lack of progress and in the hope that publicity might alert a more reasonable response from our more senior politicians.

“For any department of Government to delay an urgent decision of this kind is a disgrace and it is so frustrating for all concerned. No Dept. of Government should be allowed get away with this kind of behavior and with modern technology at their fingertips these matters should really be sorted out in a couple of days at the most.

“Now with a new government in place, I would have hoped for a more caring and people friendly system to be in place. Sadly nothing has changed and all too often I’ve been left listening to an answering machine in the office of the Dept. offering a range of irrelevant options.

“The entire administration of the health service and how that impacts on the daily lives of so many people is a national issue that is having serious consequences and I’m calling on our Government TD’s in Donegal to intervene and find a way out of the paper trail that is destroying public confidence in the entire system,” said Cllr. McGarvey in an interview with the Tirconaill Tribune today.

“Insofar as I’m aware the the majority of applicants are facing huge delays and I suspect the backlog is to save money. Medical Cards applicants and Carers claims are now facing a five month wait because officialdom is asking for additional information which has already been provided. I can only say these delays are very frustrating for all those deserving recipients and they are powerless in making any progress,” added Cllr. McGarvey.

Meanwhile Deputy Pearse Doherty has claimed that a serious crisis in home help services is inevitable unless urgent action is taken by the Government to better resource and increase existing home support provisions.

Deputy Doherty’s was reacting after the disclosure of figures from the HSE which reveal that in Donegal the total number of home help hours delivered last year was over 6% greater than forecasted demand, with over 37,200 more hours needed than had been originally budgeted.

Even more concerning is the fact that the total number of home help hours provided for the first three months of this year is up by nearly 11,000 compared to the same period in 2015 – an increase of well over 7%.

Deputy Doherty said: “The figures which I have obtained from the HSE through Freedom of Information paint a harrowing picture of a looming crisis within non-acute services which, if it’s to be avoided, requires the government to now take swift and decisive action.

“The data shows that across the State the total number of home help hours which were provided last year exceeded projected demand by more than 155,452 hours.
In Donegal’s case, the outturn of home help hours in 2015 was actually over 6% more than what had been apportioned, meaning that here in our own county we needed an additional 37,247 hours simply just to satisfy service demand.”