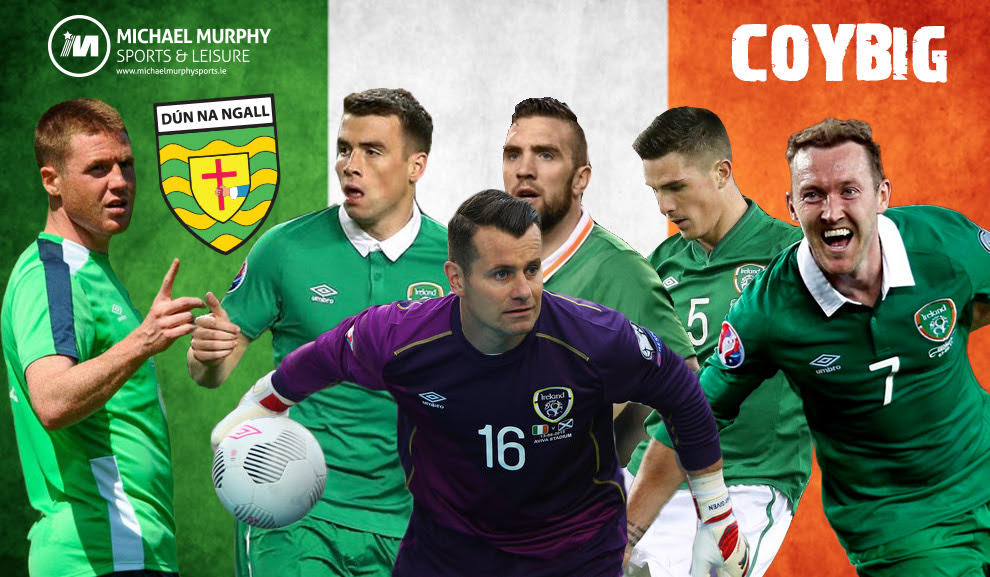 MICHAEL MURPHY SENDS HIS SUPPORT TO SEAMIE AND SHAY AS EURO KICK-OFF NEARS!

The day is here, and Martin O’Neill’s side carry the hopes of a nation on their shoulders.

It’s a great day for Donegal too, and again we have representation on the field with Seamus Coleman set to start at right-back, while Shay Given will more than likely be on the pitch.

Other Donegal connections to the squad are Aiden McGeady and James McCarthy, who qualify to play for Ireland through their grandparents who came from Donegal.

Shane Duffy’s father is from Letterkenny and Ciaran Clarke has relations in Milford!

Donegal captain Michael Murphy, fresh from helping his side defeat Fermanagh in the Ulster SFC quarter-final yesterday has shown his support for the Boys in Green.

The team at Michael Murphy Sports and Leisure is getting behind the Boys in Green, particularly those hailing from Donegal.

To celebrate the EUROs, Michael Murphy Sports and Leisure has teamed up with Donegal Daily and Inishowen Motors to run a EURO 2016 Fantasy Football League.

The Euros may be in full swing, but fans can still enter the Fantasy Football League, which is free to join.

The competition is open to people aged 21 and over and there are some great prizes up for grabs.

The winner, courtesy of Inishowen Motors, will receive a brand new KIA Sportage for one year. For more information and to select your team for the EURO 2016 Fantasy Football League click on this link….

http://eurofantasy.uefa.com Take down the league code 03034EBC and enter this into join leagues to be eligible to win some of our amazing prizes!