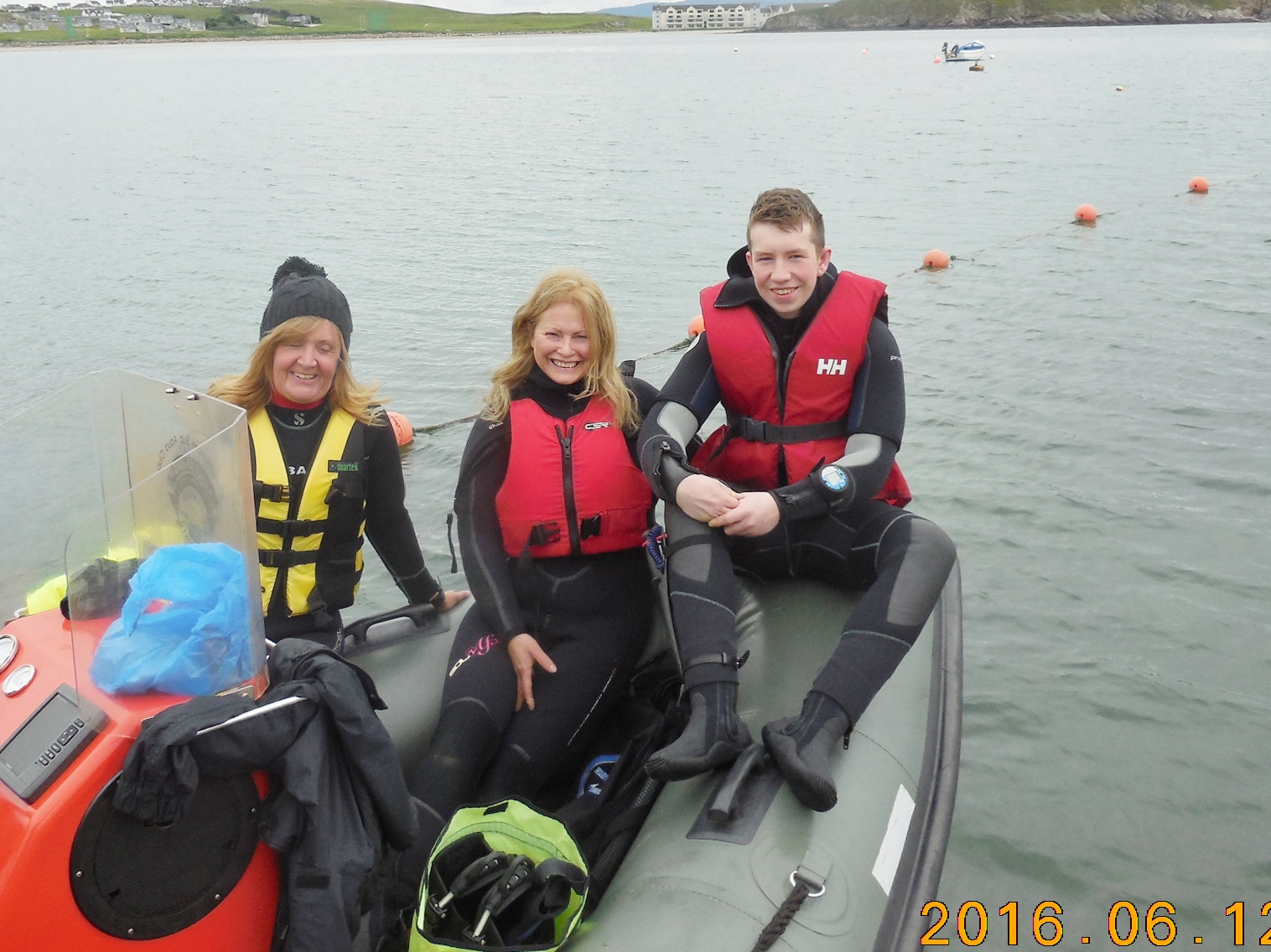 SHEEPHAVEN SUB-AQUA CLUB DIVE AT PORTNABLAGH AND THEN HEAD FOR LIZZIE’S DINER! 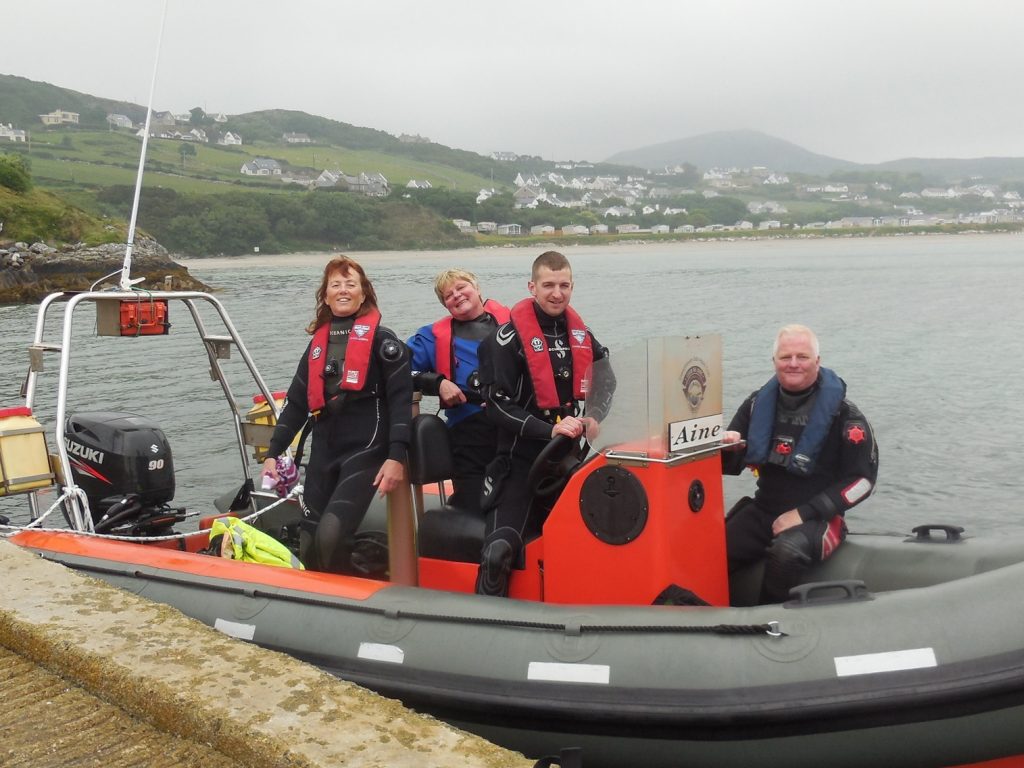 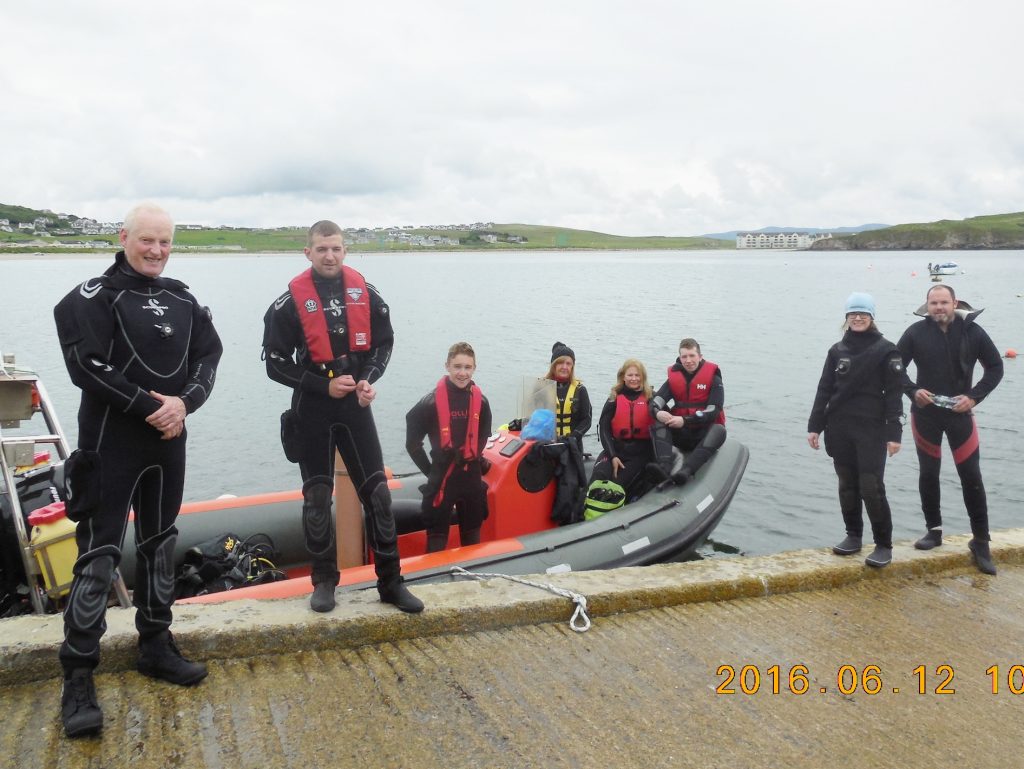 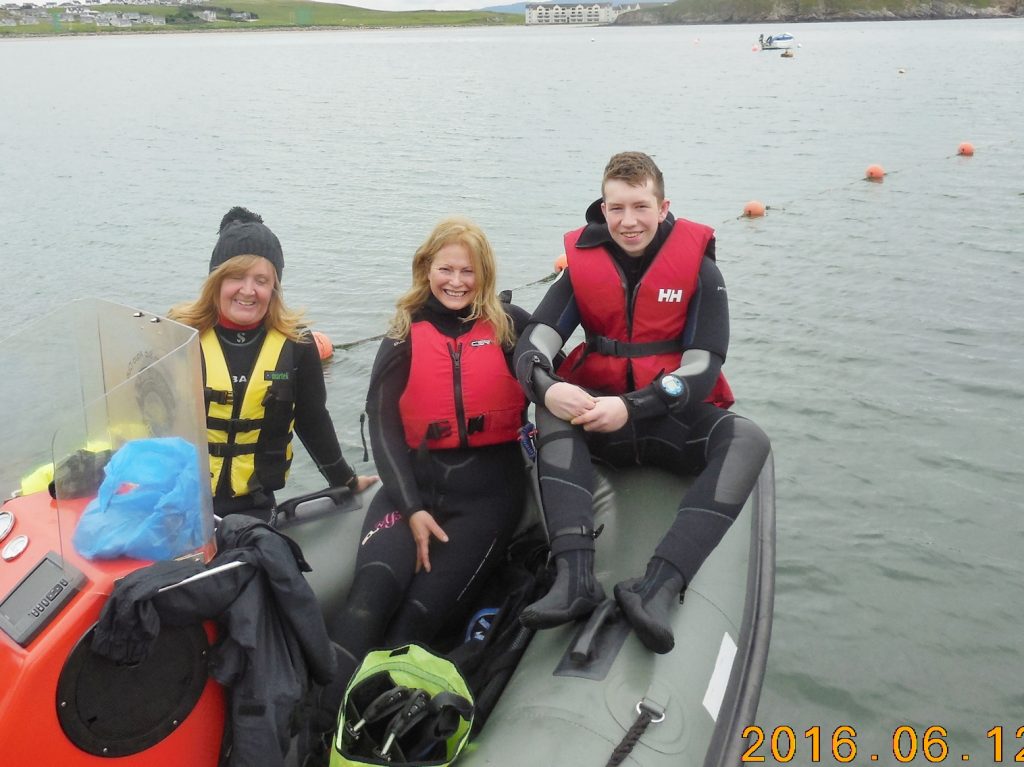 The Wednesday evening dive was conducted from the shore in PortnaBlagh, despite the fog that settled in around the harbour.

While surface visibility was poor underwater the settled conditions had created good horizontal visibility of over 5 metres.

For the Trainees and Leading Diver candidates it was chance to practice some of their essential dive skills, as they prepare for their respective grade examinations.

As always a trip to Portnablagh is never complete without a cup of tea in Lizzies, which was just the perfect way to finish out the day.

In the afternoon the candidates take to the water where they conducted a series of drills to demonstrate their ability to safely lead other divers.

For the rest of their Sheephaven colleagues on Saturday morning is was as an opportunity to return to The Arch behind Horn Head for the second week running, to conduct a two stick dive this led by Lynn Weir. Sea conditions were nearly calm, while the weather was very murky with heavy showers.

This time the dive was conducted from the west side of The Arch eastwards towards the headland that in the old charts from the early 1800’s was referred to as Wellingtons Nose, due to its resemblance of the Irish Duke who was famous in those days.

The dive commenced in nearly 25 metres of very clear water, although the upper reach of the water column was quite turbid due to the presence of Plankton.

Surface to surface times of nearly 50 minutes were recorded in water temperatures of no greater than 10 degrees Celsius, to a maximum dive depth of 28 metres.

Fish life was excellent on site with a number of large Ballan Wrasse and Pollock observed, along with shoals of Pollock fry and a very large Ling.

However the most interesting observation was the discovery of an intact Guillemot egg, which had been either lost or was discarded from one of the nests of the colony of breeding birds that dominate the cliffs above the dive site.

It was a great dive on a very interesting site and better than the east to west track taken last week.

Sheephaven divers had another perfect dive on Sunday morning when they conducted a two stick dive at Duncap Head. Once again sea conditions were calm, with no wind and more than a little rain.

The dive party left Downings on board dive boats Áine and Bríd and travelled at their best speed to the swim-through at Duncap Head, where they conducted a 40 minute dive.

In-water conditions were as good as top-side, with reasonable visibility of nearly 10 metres horizontally at the deeper depths of the dive site and temperatures of over 11 degrees Celsius in the upper reaches of the water column.

The dive starts in a 10 metre deep gully to the Downings side of the Duncap Head and proceeds though the headland in a narrow swim-though until the diver’s exits into a deeper gully which eventually descends to 28 metres.

In addition to the unique structure of the swim-through the rock formation around Duncap Head includes a series of underwater platforms and gullies that are worth seeing in their own right.

Large fish life in the deeper reaches of the dive site included Pollock and Ballan Wrasse, but the Sponges, Sea-squirts, Anemones and Hydroids are the most dominant and varied life forms evident on site.

On recovery of all divers the two boats returned to Downings at full speed, ending a fantastic week of diving.