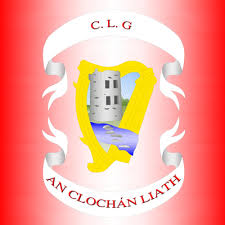 The Senior and Reserves were at home to Ardara on Saturday evening. The Reserve game was cancelled last minute, with both teams ready and waiting for a referee. However, with no referee the game was called off and the senior game was brought forward.
The Seniors won a scoreline 1-14 to 0-15 in a cat and mouse game. It was an all round good team performance, with a small championship feel to the game!

Congratulations and well done to Càtriona Solan on a fine performance before the Ulster Championship clash of Donegal V Fermanagh.

Congratulations to Joe McIlroy from Acres National School and our under 10 team in playing for the Donegal Cumann na mBunscoil team V Fermanagh at half time in last Sunday’s Ulster Championship match.

The U8s played in Rosses Park V Ardara on Saturday morning. All teams did really well. Well done to all coaches, players & parents who helped with refreshments after the game.

The Dungloe/Gweedore U14 hurlers overcame Four Masters in their championship semi final Thursday past. This is a fantastic achievement and sets them up for a chance to win the U14B Championship for a third year in a row. Well done to all involved!