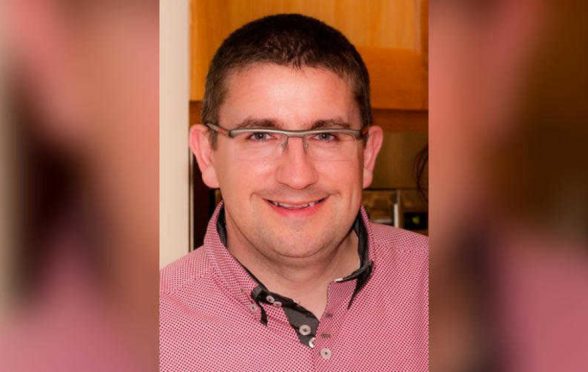 TRIBUTES have been paid to an “inspirational” dentist and former GAA minor footballer who has died.

Emlyn Bratton (42) passed away peacefully on Thursday after a short illness.

The dad of two young children was buried yesterday on Father’s Day.

His dental practice in Main Street, Letterkenny will remain closed for a week as a mark of respect to Emlyn.

His sad passing was announced on the Emlyn Bratton Dental Practice Facebook page.

The message read: “It is with great sadness that we have lost a true friend and colleague to cancer.

“Dr Emlyn Bratton passed away peacefully with his family by his side after a short illness. May he rest in peace.

“Thank you for all of your kind messages and thoughts throughout this difficult time. The practice will remain closed until Monday June 27.”

Mr Bratton’s funeral Mass was held at Star of the Sea Church, Faughanvale, followed by interment in the adjoining cemetery.

He is survived by his wife Clara and children Ethan and Ava.

Emyln was a member of Armagh’s 1992 minor football team who reached the final against Meath in Croke Park.

A graduate of Trinity College Dublin, he had worked as a dentist since 1997 and set up his own dental studio in 2001 in Letterkenny, Co Donegal.

His uncle was the late Jack Bratton, a member of the Armagh team that fell to Kerry in the 1953 All Ireland senior football final.

Family and friends have paid tribute online by sharing treasured pictures and memories.

The former Armagh footballer said: “Emlyn was a nephew of the great Jack Bratton of the 1953 team.

“I played with Emlyn, a tenacious corner back on the Armagh minor team, who were cruelly defeated by Meath in the All Ireland Minor Final in 1992.

“He was a great club player with Armagh Harps and went on to be a distinguished dentist in Derry and Donegal.”

In an online tribute he added: “Our thoughts and prayers are with Emlyn’s loving wife, young children and large extended family.”

An Armagh GAA spokesman said on its Facebook page: “Armagh GAA is deeply saddened to learn of the death of Emlyn Bratton, a member of our 1992 minor football team.

“We extend deepest sympathies to Emlyn’s family at this sad time.”