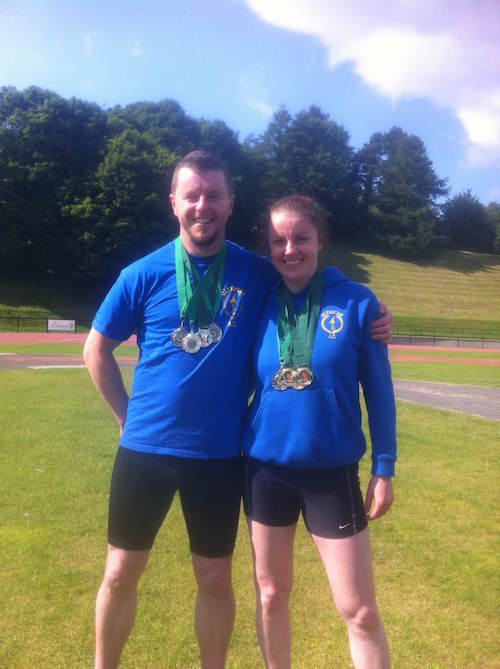 Martin and sister Karen with the medal haul.

A Donegal athlete and his sister have picked up an incredible haul of nine medals at the Northern Ireland Masters Championships.

Martin O’Donnell, who is from Glenswilly (via Derry!) and an engineer with Donegal County Council, is no stranger to the track.

And Martin and his sister Karen were once again in terrific form at the Mary Peters Track in Belfast on Saturday last.

But it’s back to work for Martin again this week and his colleagues certainly won’t let it go to his head!

Martin on top of the podium again.