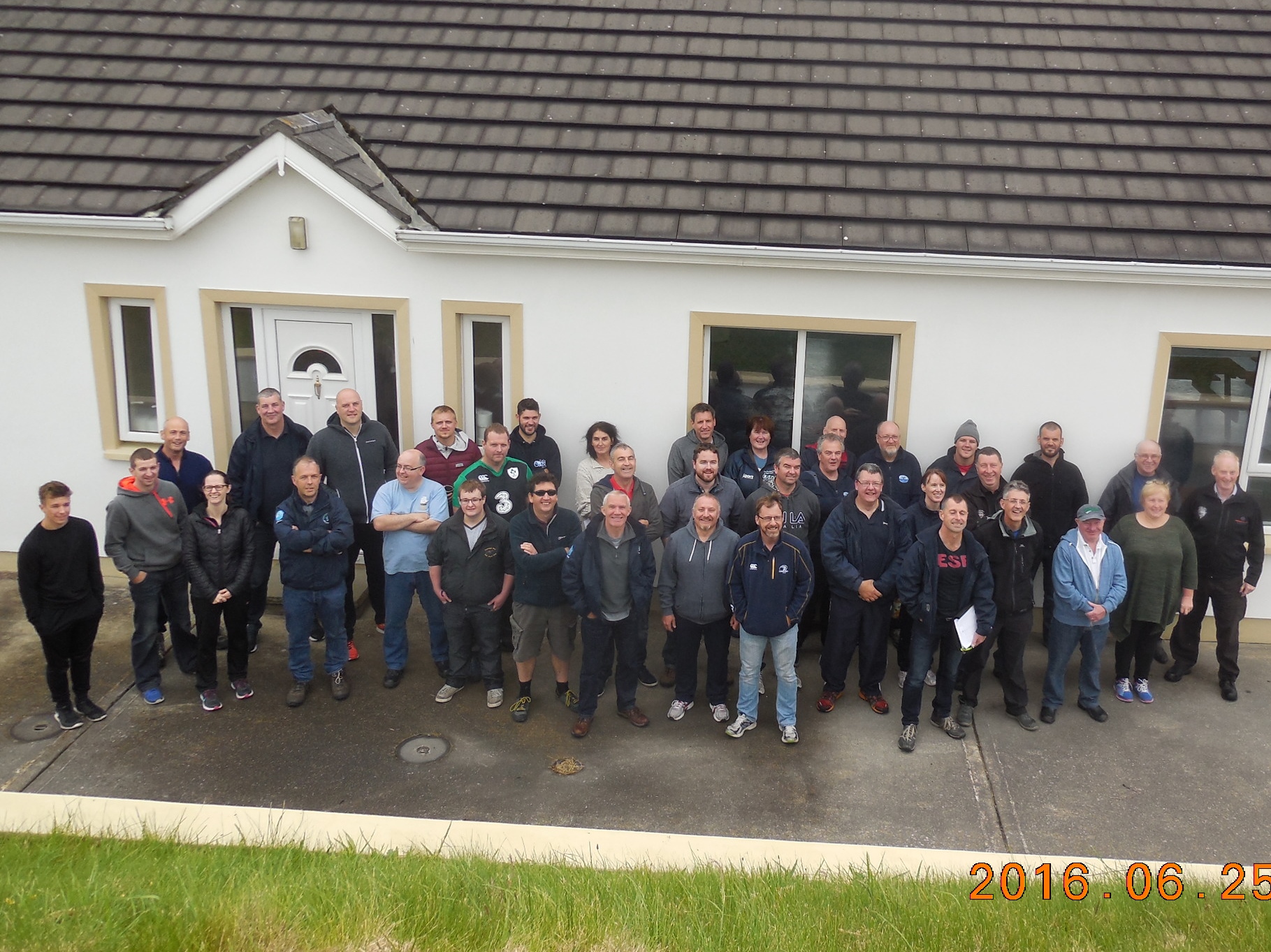 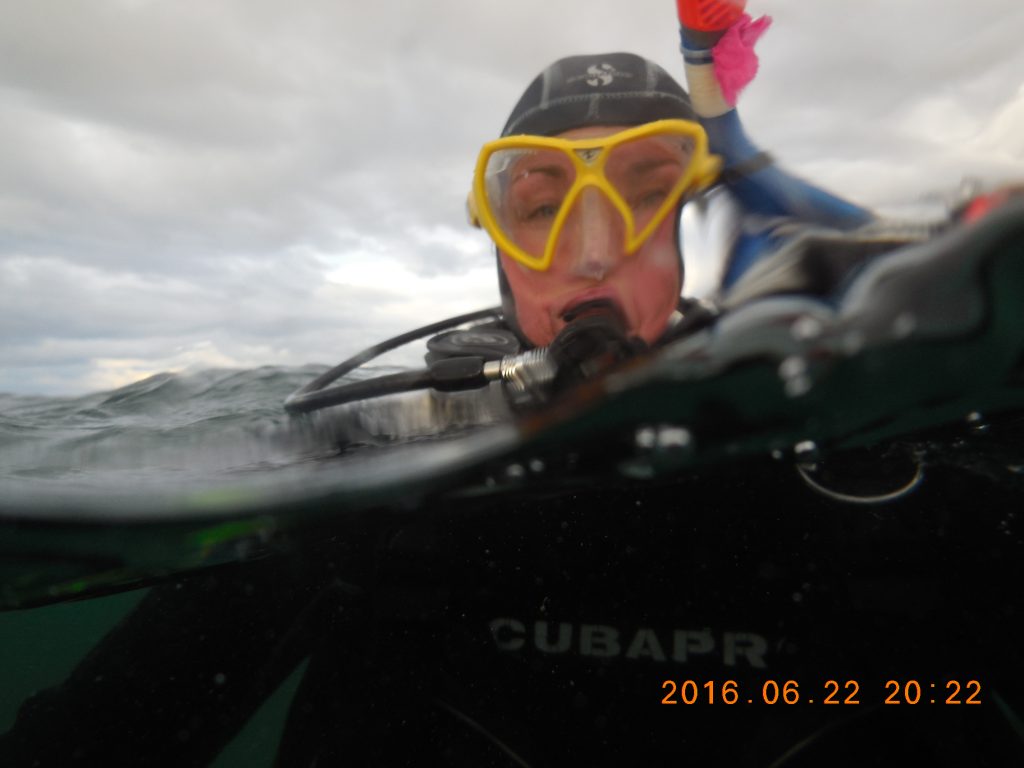 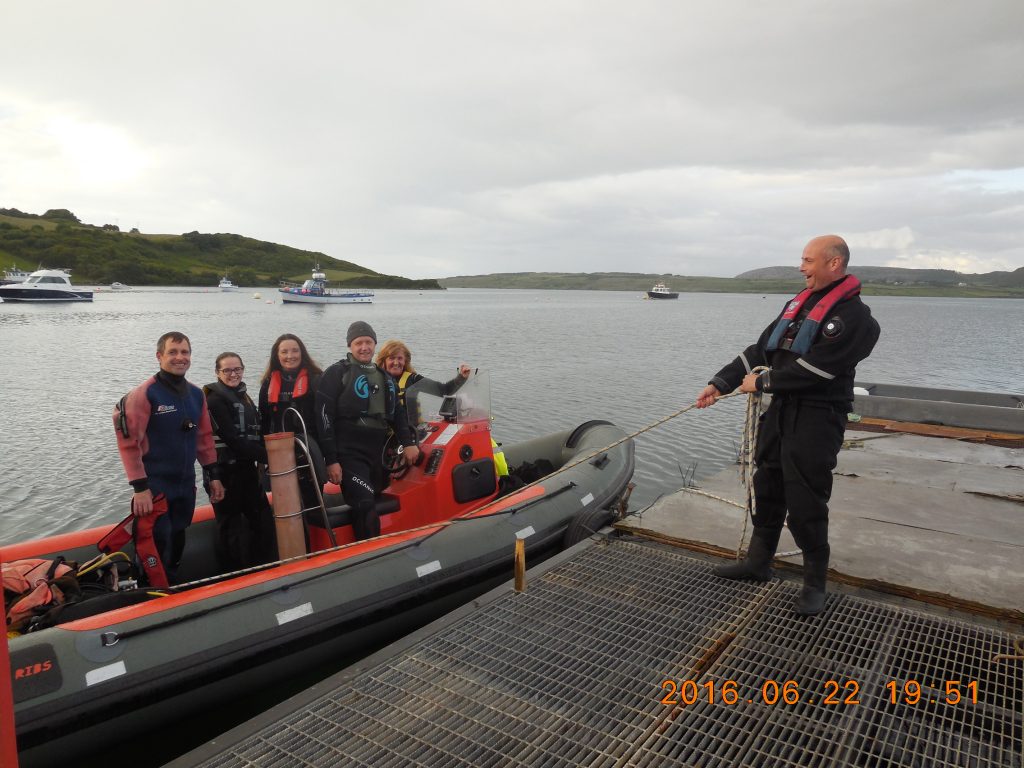 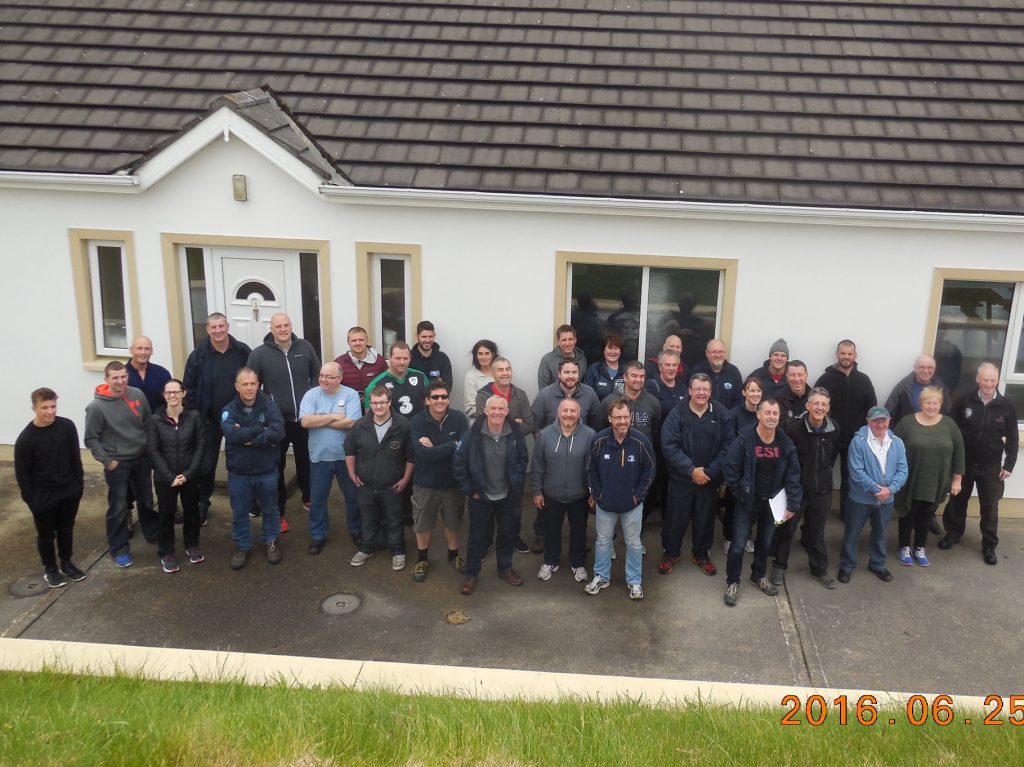 These Rallies are conducted at a number of locations around Ireland over the summer months and they allow divers to visit distant and quite possibly sites new to them without having to tow boats and compressors.

But before that on Wednesday evening they conducted their own trainee dive at Melmore Head, when Siobhan Coll kindly led a one boat dive party on a two stick dive.

Inside the headland there was some shelter from a swell rolling in from the northwest that had made other more exposed sites undiveable.

Dive times of up to 30 minutes were recorded to depths of 25 metres while water temperature was reasonably cosy at 13 degrees Celsius but unfortunately horizontal in-water visibility was down to less than 5 metres.

On Saturday morning Sheephaven SAC received over 30 visiting divers from 10 other clubs and including their own divers they conducted two dives on Melmore Head and one on Dunloan Rock using a small fleet of six dive boats.

Despite poor, for Sheephaven standards, in-water visibility the visiting divers were overwhelming in their praise of the dive sites. As the visitors are used to visibility of less than two metres they particularly appreciated the wonderful flora and fauna that they were actually able to observe throughout the weekend.

Sunday mornings’ dives were conducted on the Frenchman’s Rock for a dive party of three dive boats and Dunloan Rock for another boat.

It was unfortunate that the more exposed sites were not available for diving over the weekend, due to a stiff northwest wind blowing across the ebbing Spring Tides, which can turn an innocent enough looking sea into something quite difficult in a very short space of time.

But for the dive parties in more sheltered waters over the weekend the drift dive at Dunloan Rock received high praise indeed and will undoubtedly attract the visitors back again in the future. As always this site produced recordings of large fish species including Bib and the resident Conger Eels, as well as a series of sponges, hydroids, Hornwrack and anemones.

However the species of note observed over the weekend included a Sunfish of Melmore Head on Saturday morning, a congregation of Pipefish near Revenny Island on Saturday afternoon and the egg casing of the Common Ray, which is anything but common on a snorkel near Meavgh slipway late on Saturday evening.

In addition to the diving the visitors experienced the full hospitability of the clubs entertainment committee, led by Caroline Mc Gee, when they put of a fantastic meal on for visitors and club members alike. These hard workers included John Mc Gee and his family who showed off their culinary skills on the barbeque, as they dished out the beef burgers to a host of hungry divers on Saturday evening.

Undoubtedly the entertainment committee provided a spread that has set a standard of hospitality that will never be exceeded at future Dive Rallies and everyone involved thanks them for all they did over the weekend.

The club has to also thank Willie Sheridan and John Joe Rowland who got the building prepared for the visitors and filled nearly 50 dive bottles over the weekend, as well as keeping car parking disruption to a minimum. Additionally they wish to thank the landowners who generously allowed the divers to park boat trailers on their lands over the weekend.

As satisfying as it was to host the Dive Rally ultimately Sheephaven SAC is about its own club members and it was their indulgence that provided the clubs boats and equipment for the use of visiting divers, which is understood and appreciated by all involved.