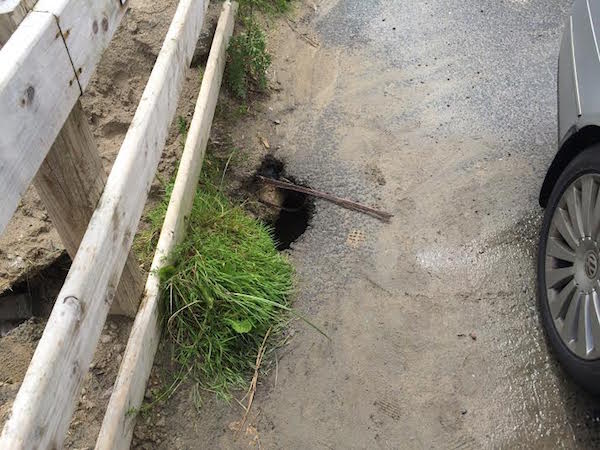 The ‘sink hole’ at Marble Hill

MEMBERS of the public are being warned after what locals call a ‘sink hole’ has begun appearing in a car park beside one of Donegal’s most popular beaches.

Residents living close to Marble Hill beach car park outside Dunfanaghy say they fear a car could be swallowed up if the hole expands.

So far that part of the car park hasn’t been cordoned off.

“This is an accident waiting to happen,” one resident told Donegal Daily today.

“The ground around it – the tarmac for several feet around the hole –  is very unstable and we are worried the hole will expand and collapse.”

Another resident said he shone a torch down the hole and believes is very deep.

“The problem is that we don’t know just how deep that hole is and how far it stretches under the ground and how far across the car park it reaches. It is potentially disastrous.”