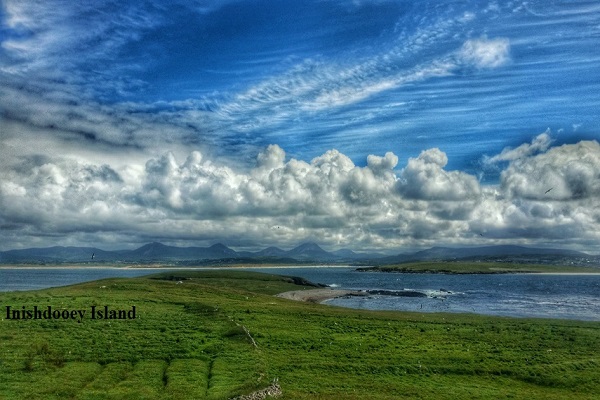 Iain Miller braved the weather last weekend and paddled the five kilometers from from Magheroarty to Inishdooey.

This 96 acre island is found 5 km off the Western coast of Donegal. The island is the second out to sea from Magheroarty Pier and forms part of an enchainment of four islands known as the Donegal Archipelago, which comprise Inishbofin, Inishdooey, Inishbeg and Tory Island.

The name of the island is said to come from Saint Dubhthach, a 6th century saint who was the driving force behind getting the monastery built on the island. All that remains of the monks’ settlement on the island are the ruins of stone wall buildings and the small stone church.

The island was put up for sale in 2011 by former owner Mark McClafferty, from Falcarragh. It has recently sold, but not before making headlines in national newspapers and news websites. A particularly amusing story on the DailyEdge showed you what you could buy for the same price as the island; including a decrepit inner city flat in Dublin, or a one-third of an acre site in Belmullet. Compared to the other listings; we reckon the buyer got a pretty good deal!