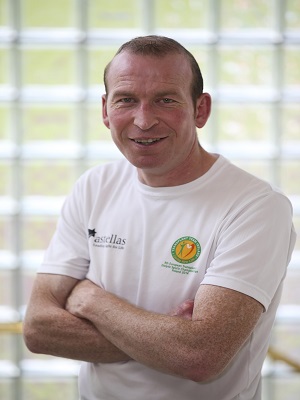 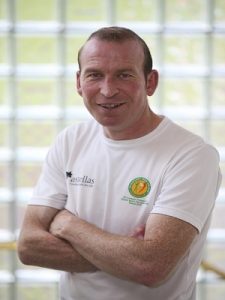 Kieran Murray from Ramelton is a member of Transplant Team Ireland. They are currently competing in the European Transplant & Dialysis Sports Championships in Finland. Kieran, who underwent a kidney transplant in 2013, will take part in the track and field events and golf at the championships.

Kieran has shown unwavering determination at the championships after going ahead with a 5K run yesterday while nursing a chest infection! His persistance and courage make him one of Donegal’s finest sports stars.

This is Kieran’s Donegal…

(1) What is your favourite place in Donegal and why?

Ramelton as I was brought up there and most of my family and friends live there.

(2) If you could change one thing about Donegal what would it be?

(3) Who is the one person in Donegal that you look up to and why?

Parents as they support me in good times and bad times.

Winning the All-Ireland in 2012

(6) What was Donegal’s saddest moment?

McDaid’s Football Special as it is made in Ramelton!

(8) Who is Donegal’s greatest ambassador around the world and why?

(9) Who is Donegal’s most successful businessperson in your opinion?

The McGettigan family with pubs and hotels all over the world promoting Donegal.

(10) Who is your favourite Donegal sportsperson of all time?

(11) What is your favourite Donegal restaurant?

Traveller’s Inn in Milford as they have lovely home cooked meals, friendly staff and reasonable prices.

(13) What is your favourite Donegal saying or expression?

(14) What is the biggest challenge facing the people of Donegal today?

(15) What is your favourite Donegal food?

(16) Is there anything that really annoys you about Donegal or its people?

(17) If you had a million euro to spend on improving something in Donegal, what would it be?

(18) Where’s the most unusual place you’ve logged on to Donegal Daily?

(19) What was the most rewarding part of being on Transplant Team Ireland?

(20) Is there anything about Donegal that you are very proud of?