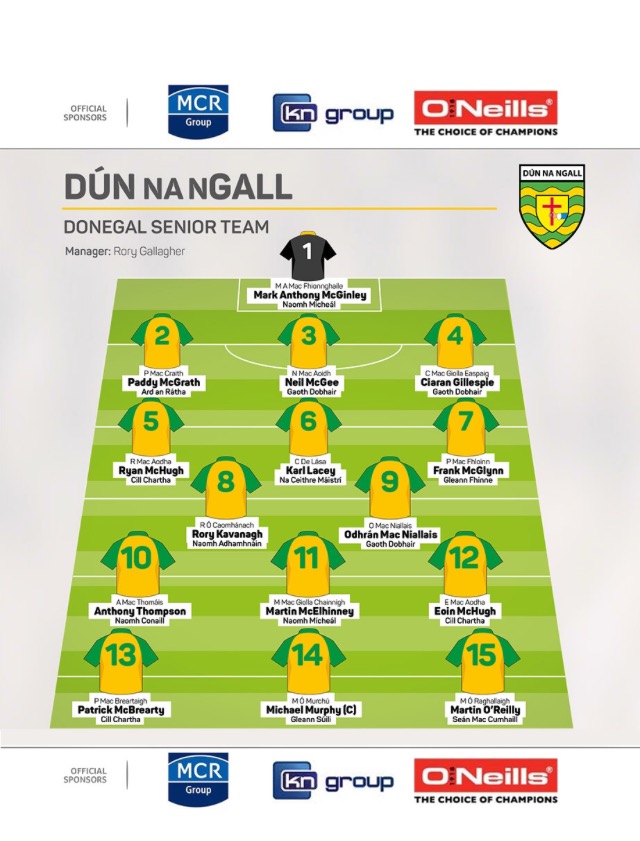 Donegal manager Rory Gallagher has named his starting XV to play rivals Tyrone this Sunday in the Ulster championship final.

Neil McGee reclaims his full back spot after his absence in the two Monaghan games. Gaoth Dobhair’s Kieran Gillespie gets the nod over fellow club mate Eamon McGee.

This is Donegal’s 6th Ulster final appearance in as many years but McGinley, E.McHugh and Gillespie are all down to start their first Senior Ulster final.

Man of the match last time out Martin O’Reilly is wearing number 15 and is down to start in the same line as captain Michael Murphy and Patrick McBrearty.