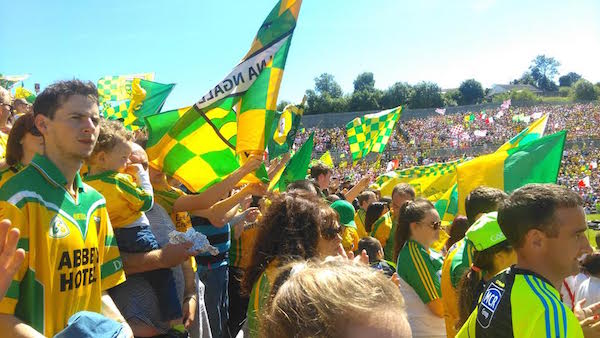 DONEGAL TO PLAY MAYO OR CORK IN ALL-IRELAND QUALIFIER

DONEGAL will find out in the morning whether they will play Cork or Mayo in the Round 4 qualifier in a fortnight’s time after today’s Ulster final defeat to Tyrone.

Wins for Mayo, Derry, Clare and Cork yesterday saw them progress while defeated provincial finalists Roscommon, Tipperary, Donegal and Westmeath join them in the backdoor.

The defeated provincial finalists (Bowl 2) will be drawn against the sides who made it from Round 3 of the qualifiers (Bowl 1).

Venues, times and all dates for the fixtures will be confirmed following a meeting of C.C.C.C on Monday afternoon.

The draw will be broadcast live on Morning Ireland on RTE Radio 1 at 8.30am tomorrow (Monday).