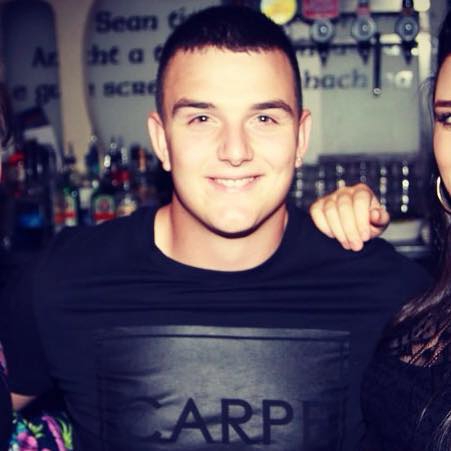 COURTS: A 22 year-old man has been jailed for one year for a serious assault which completely turned the life of his victim upside down.

Sean Sylvia, 22, was jailed for two years, but had the final year of his sentence replaced with a 240 hour community service order.

The defendant appeared at Letterkenny Circuit Court today in relation to an incident which occurred on June 23rd, 2014.

The co-accused in the incident – Francie McGinley was also sentenced to two years in prison, but had his term replaced by a 240 hour community service order.

During his deliberations, Judge John O’Hagan outlined the circumstances of the case, which had turned the life of the victim upside down.

The victim, Patrick McFadden, a married man with four children, was left with no sense of smell, no taste and is unlikely to be able to work again. 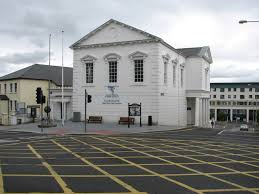 Judge O’Hagan said, “At 2.30am, on June 23rd, 2014 – the defendants Sean Sylvia and Francie McGinley went to The Mount Errigal Hotel.

“There was a prize-giving ceremony and a bit of a knees up going on for the Donegal International Rally, the victim Patrick McFadden was heavily involved with the Rally and he enjoyed it very much.

“The evidence would suggest that he appeared to bump or strike into Mr McGinley’s sister with a door, the defendant took exception to that, and along with his friend Mr Sylvia followed Mr McFadden.

“The victim was going to the toilet, but the defendants waited outside for him – and when he came out of the toilet he was immediately confronted by Mr McGinley.

“He got to grips with Mr McFadden and he struck him, he didn’t fall from that punch, but his friend Mr Sylvia proceeded to get involved and also struck Patrick McFadden, this was a serious, serious blow to the head and knocked him to the ground, the victim hit his head off the ground, and suffered extremely serious injuries as a result of the punch.

“Mr Sylvia then proceeded to assault the brother of Patrick McFadden, and then both of you ‘took flight’ after the assault and fled the scene, despite attempts from those present to keep you both there.”

Judge O’Hagan informed the court that both men were just 20 at the time of the incident, and both were heavily under the influence of alcohol.

Both had never been in trouble before, and had no previous convictions.

He then outlined the consequences of the injuries sustained by Mr McFadden.

Judge O’Hagan said, “Mr McFadden has no sense of smell or taste, he has severe fatigue, and his speech gets severely affected when he is tired.

“He receives constant therapy to help him with his speech, he also suffers from severe mood swings due to his condition, and this has turned his family life upside down.

“His wife and children are finding it hard to cope, his fourth child arrived just seven weeks after the assault, and he’s had great difficultly making a connection with the child due to his condition.

“He finds social interaction difficult – will more than likely be unable to work properly again, and sums up his condition by saying, ‘I feel like I’m trying to live with a brain that belongs to a stranger.”

The court heard how both men were extremely co-operative with Gardaí during the investigation and were shocked when shown the CCTV footage of the incident.

Judge O’Hagan said he had not seen the CCTV footage – as it wasn’t introduced in court, but he assumed that he also would’ve been shocked if he had seen the content.

In sentencing Francie McGinley he said, “You got the ball rolling, you were the aggressor, you deliberately followed Mr McFadden after the minor incident involving your sister.

“The mitigating factors are, your very early plea – which saved the state a lot of money, and it also ensured the McFadden family didn’t have to go through the added of pain of proving there was an assault.

“From your probation report they believe there is no risk of you re-offending, and you’ve no previous convictions, there are some complimentary references here on your behalf, and you seemed to have picked up your life and moved on with it.

What happened was extremely serious, and the consequences of it are dreadful for Mr McFadden and his family, but the blow you gave Mr McFadden wasn’t the one that caused the damage.

“I’m sentencing you to two years in prison, but I’m replacing the term with 240 hours of community service.

In sentencing Mr Sylvia he said, “The amount of drink you consumed was remarkable, your behaviour was reckless and impulsive, the mitigating factors in this are your early plea and the fact your probation report states that you’re unlikely to re-offend again.

“Your probation report states you’ve shown genuine remorse for the assault and that you were shocked when you viewed the incident on CCTV.

“You’ve also received complimentary references on your behalf, but I can’t avoid giving you a custodial sentence.

“For someone who has never been in trouble before this is a very serious matter, you’ll be in prison with far more serious criminals than you, this will remain with you for life – and it will seriously restrict your ability to move about this world.

“I know this won’t relieve or take away the pain Mr McFadden has, and it’s not revenge I seek, it’s punishment for what has been done.

“I sentence you to two years in prison, but the second year will be replaced with a 240 hour community service order.

“I also want to extend my sympathies to the McFadden for the difficulties this incident has caused their family.”