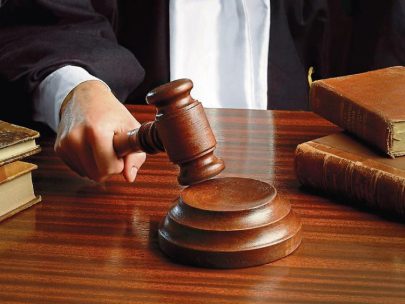 COURTS: A man who was intoxicated while he drove a vehicle which almost rear ended a Garda Patrol car has been disqualified from driving for two years.

Jason Friel, 19, with an address at Barrack, Ramelton appeared at Letterkenny District Court in relation to a drink driving charge.

Gardaí observed a vehicle driving erratically, and were immediately suspicious that the occupant of the vehicle was drinking.

The vehicle almost rear ended the Garda car, before he was pulled over.

He admitted to Garda he had been drinking, and was very, very sorry for what he had done.

He accepts the consequences his actions may have had and his profusely sorry for what happened.

The court heard that the defendant was a hardworking 19 year-old male, who was currently employed in the scaffolding industry in the UK.

He travelled back from England to be present in court yesterday afternoon.

Judge Paul Kelly fined the defendant €30o with three months to pay, and disqualified him from driving for a period of two years.