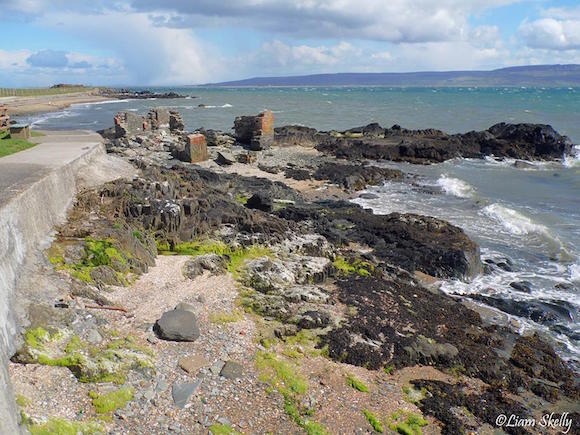 A mother-of-two is about to embark on a challenge that has not been completed since 1929 – the arduous 13-mile swim from Donegal to Portstewart.

Heather Clatworthy, who grew up in Portstewart, hopes to match the marker laid down by open water swimmer Mercedes Gleitze more than 85 years ago.

“I grew up playing in the sea every day, and I always wanted to swim over to Donegal because I could see it,” she told the Belfast Telegraph..

“When I was older, I was in the lounge of my grandparents’ house, reading a local history book, and I read about a girl who once swam from Donegal to Portstewart. I said to myself, ‘I could do that one day’.”

Two years ago, Heather set herself the same challenge. It was only afterwards that she discovered that Mercedes Gleitze, the only person to officially complete the route, in 1929, was one of the world’s most renowned swimmers and the first British woman to swim the Channel. She was also the first person to swim the Strait of Gibraltar.

“The Portstewart mayor asked her to come over to do it as a tourism event in 1929,” Heather explained. “It was such a big thing at the time, and she is officially the only person to have swum the route.”

Mercedes set off from Portstewart, but was forced to give up after a six-hour struggle against heavy rain and headwinds. The next day, she attempted the challenge once more, only the other way round – from Donegal to Portstewart – and swam her way to glory.

Heather decided to go ahead with her attempt with help from the Irish Long Distance Swimming Association. She will be accompanied by a boat and five people, and is only allowed a swimsuit, cap and goggles.

“I’ve had to try so hard all winter to accustom myself to the cold water,” she explained.

“It’s 13 miles as the crow flies, but it will be more like 15 miles with tides, currents and sandbanks. It could get windy and choppy, which will make it difficult, and there are also the lion’s mane jellyfish. When I was swimming in Torbay, they were absolute hell. It was the longest I’ve swum. I got stung so many times, and they are so massive.

“The cold is the worst thing because I’ve had to get used to staying in the cold water for nine to 11 hours. I’ve no idea if anybody has done this since 1929.”

Heather will prepare for the feat by covering her skin in a mixture of lanolin and Vaseline.

“That helps to slightly reduce the effect of jellyfish stings, but only slightly,” she said. “It also reduces the effect of salt chafing – salt water is very abrasive.”

Heather, a manager at an equestrian charity who is married to Ian and is mother to Lilly (5) and two-year-old Basil has had to fit training around her family. “I practice in the evenings once the children are asleep,” she explained.

The mum will set off from Moville lighthouse at Stroove Beach at noon on July 27, but has allowed a three-day window in case of bad weather. She is raising money for the RNLI and her charity, the Portstewart Recreation Fund, administered by Outdoor Recreation NI.

“I’d like to thank the local people on both sides of the water who have helped me plan this, and the crew on the day,” she said.