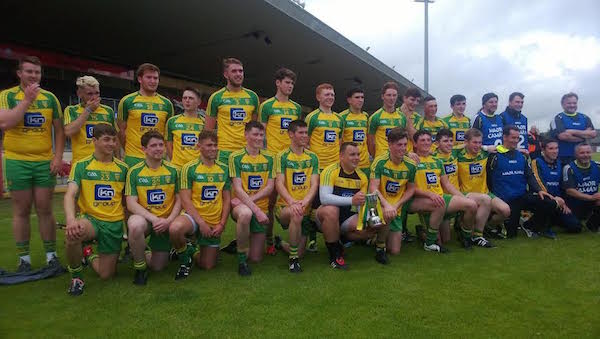 WE’VE been playing hurling in Donegal for more than a 1,000 years (at least) and its revival continues apace.

Proof of the future could be seen in Healy Park, Omagh, at the weekend as the county team retained their Under 21C hurling All-Ireland title in style with a 3-07 to 1-02 win over Fermanagh.

Both teams started cautiously with Donegal taking 12 minutes to register their first point, with Fermanagh not registering until the 23rd minute.

Donegal scored two more points from Aaron McCauley, until an uncharacteristic error by goalkeeper Dylan Laverty allowed Conor Goodwin in to score an easy goal from a long ball in by midfielder Thomas Cleary.

A point by Buncrana’s Paul Nelson soon after however tied the game.  St Eunan’s Steven Doherty hit a point just before half time to leave it 0-5 to 1-01 to Donegal.

Donegal opened the second half scoring through a point from Buncrana’s Sam Doherty and a minute later he registered Donegal’s first goal with a sweet strike that gave Fermanagh ‘keeper Colum Mc Phillips no chance.

Two more goals in two minutes from Doherty and Nelson effectively killed the game off for Fermanagh who had two players red-carded in the second half, Matthew Mc Grade who after a scuffle near the sideline, got involved with one of the Donegal mentors, and Ciaran Corrigan who got the line for his part in a brawl with Donegal’s Conor Griffin who also saw red.

Donegal never looked like losing this one and the win sees them make the long journey to Kerry in two weeks time, to take on the Kingdom in the quarter final of the B Championship. 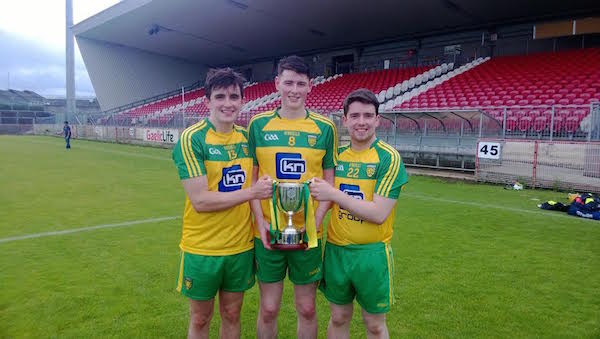 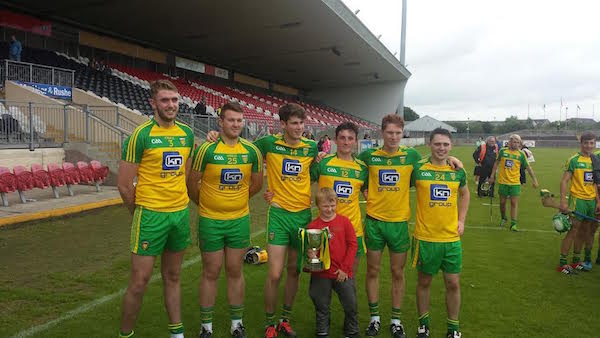