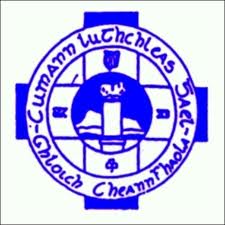 County Minors
On behalf of all at the club we would like to wish our club men Jason McGee and Michael Mulhern, the best of luck in the All-Ireland Quarter final on Saturday, July 30th, against Cork (throw in 2:00 pm)!

Great to have Cloughaneely men represent the club in Croke Park!

Cloughaneely played Naomh Columba at home on Sunday afternoon. Both seniors and reserves came away with a win – reserves winning 0-16|0-5 and seniors recorded a much needed 1-14|1-6 win!

Many thanks to all the coaches and organisers on another successful Cúl Camp last week! Thanks to Mary McClafferty for looking after food and refreshments! Thanks to Jason McGee and Michael Mulhern who brought in the County Minor League and Ulster Championship cups for pictures with the kids! We would also like to wish our coach Shaun McClafferty a speedy recovery! And last but not least, thank you and well done to the 70 kids who attended the camp and kept our coaches on their toes for the week!!

Club Lotto
Numbers drawn on July 20th were 1 8 15 16 18 20! We had no match 6 winners so jackpot rises to €3,100! We had more than four match 4 winners so we drew one winner: Congratulations to Ownie&Kathleen Coyle, Ballyboes who wins €100!! Draw takes place each Wednesday evening at the Bingo in Óstan Loch Áltan. Tickets are available in various outlets throughout the parish and will be on sale prior to the Bingo each Wednesday evening.

Senior Ladies
Well done to the ladies team who had a great victory over Naomh Columba at the weekend.

They are now scheduled to play away to Dungloe on Sunday, Aug 7th at 11:00 am. They also are scheduled to line out in the championship semi-final on Sunday August 14th at home to St Nauls at 11:00 am. Well done ladies and best of luck!