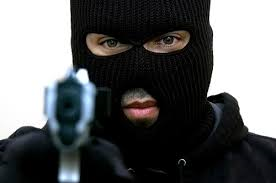 The poachers were wearing balaclavas and proceeded to steal the officers walkie talkie equipment at gunpoint in a horrifying confrontation.

Gardaí suspect the men involved in this ghastly incident may be former members of the Provisional republican movement.

The Irish Independent reported the following “Inland fishery officers set up a surveillance operation after they spotted the illegal nets in the river Eany in Mountcharles, Co Donegal on Wednesday evening.

“They were lying in wait in a clump of bushes around dawn on Thursday when at least two men, wearing balaclavas and paramilitary style clothing, arrived on the bank of the river.

“They tried to run off when the fishery officers came out of hiding.

“During a chase one of the masked men threw a rock at the officers, striking one on the head.

“The officers resumed the chase and cornered one of the men, who then produced a handgun and threatened the fishery inspectors.

“They forced the officers to hand over their radio sets and surveillance equipment, including night vision goggles, before making their getaway on foot.

“The men were forced to abandon a large haul of salmon, caught up in the illegal nets.

A senior Garda officer told the Irish Independent last night that the officers were badly traumatized.