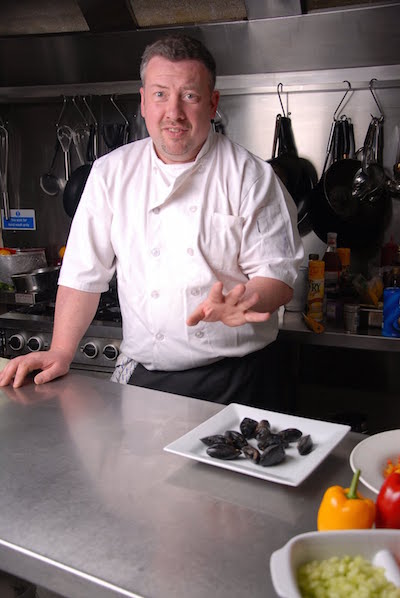 So you may have have noticed over the last few weeks our logo for Sonder is part of the article that you are now reading.

A lot of folk have been asking me what Sonder means or more what Sonder stands for , so I’ll give you a wee insight to what it is.

Sonder is the last 6 letters of my surname shuffled anderson ……..Sonder! You didn’t see that one!

It is also the title of Eve Belle’s first solo EP and I’ve mentioned Eve before in other articles.

Eve is a wonderfully talented singer and we hope to have her preform over the winter in Sonder.

When I first met eve she was performing at the greenroom in Voodoo , she sat beside me , guitar by her side waiting for her time to sing , when she sang there wasn’t a sound in the whole venue just her , it was a magical performance that I’ll never forget.

After that night I made enquires and got a copy of her E.P. Sonder . The feeling and love that she puts into every song reminded me of what I wanted Sonder to be in reality .

It was Eve who gave me the description of the word and it is available online too but here is the actual meaning. It explains everything that Sonder is to me & you .
I’ve underlined the bit that caught my eye .

“The realization that each random passerby is living a life as vivid and complex as your own—populated with their own ambitions, friends, routines, worries and inherited craziness—an epic story that continues invisibly around you like an anthill sprawling deep underground, with elaborate passageways to thousands of other lives that you’ll never know existed, in which you might appear only once, as an extra sipping coffee in the background, as a blur of traffic passing on the highway, as a lighted window at dusk”

You see we are all part of the story. Even if you only visit us once you will be part of Sonder, you will have left your impression on our story .

It’s a bit posh but that’s the way I wanted it . Never for money always for love ………as Talking Heads sang in their song , maybe I’m naive too !

I have to admit Sonder has been a lifelong ambition and it shows you with hard work, dedication and support from you, good friends and family anything is possible .

We are absolutely delighted with the response so far, which brings me to the next part of our story.

We will have our official opening at the end of September and everyone is invited!

To coincide with the celebrations we are launching our loyalty card , not one of those ones you get a wee stamp on but a real one just like you get in the shops !

Each card will have €5.00 credit on it so you can come in and enjoy a coffee to see what it’s all about .

Also from next week I’ll be giving away a free dessert for a recipe of the week. So if you have a recipe that you enjoyed send it to me along with a picture of the dish and I’ll pick a winner every week and publish it here.

It doesn’t matter what the dish is , if it’s something you enjoy cooking then send it on . The email address is below. I’d love to hear from you and see what you all are cooking .

So this weeks recipe as promised is a fillet of pork dish. Pork fillet it not very expensive and its low in fat , high in protein and easy to cook .

Ask your butcher to trim the excess fat off for you and any of the gristle that may be present.

Send your recipes and photos to crestmediapartners@gmail.com for your chance to win a free dessert. I’ll give a dessert away every week until the official opening in late September .

So to the recipe .

You will need for 4 covers
1 pork fillet , trimmed and sliced into 1 inch medallions.
450g of button mushrooms , sliced
1 medium white onion , sliced thinly .
20g of cracked black pepper .
500mls of pouring cream .
Butter for cooking .
1 bunch of tarragon , roughly 20g chopped .
2 tablespoons of good gravey granules
1 measure of whiskey or brandy
1 tsp of hot mustard (optional ) .
Method
Pre heat your oven to 100c
Flatten the medallions out with a meat hammer or even a rolling pin wrapped in cling film .
In a large frying pan heat a little butter and add the medallions , cooking for 3 minutes each side
When nearly cooked remove from the pan and keep them warm in the oven .
Using the same pan add a little more butter , then the mushrooms , onions and cook until softened.
Add the whiskey/brandy and flame , then add the cracked pepper , mustard and cream .
Allow to boil and reduce the heat and simmer for a few minutes .
Sprinkle in the gravey granules and allow to thicken , finally add the meat & tarragon .
Cook for another few minutes until the meT is cooked through and the sauce is to your desired consistency , if you think it’s to thin and a little more gravy granules .
Serve with rice , mashed potatoes or even thick slices of crusty bread to mop up all that tasty sauce .