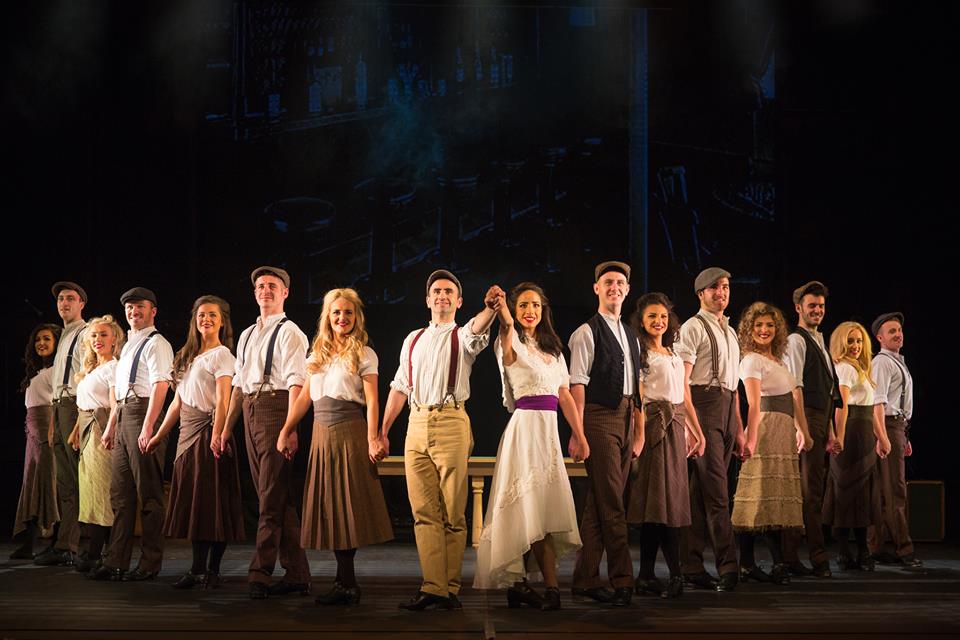 Drumkeen man aiming to be Titanic success in China

Titanic Dance, a local dance company have jetted off to China this morning to perform an International performance.

The Local Dance Company which is led by Drumkeen man Raymond Sweeney and Louise Hayden, both starred as principle dancers in the world famous Lord of the Dance.

The video clip by BBC Newsline speaks to Raymond and the rest of the group as they give their views of their show in Derry yesterday, August 4th.

Drumkeen and Donegal are extremely proud of local 34-year-old Raymond Sweeney Creative Director, Producer and Lead Dancer of Titanicdance, a hugely successful Irish Dance Musical Extravaganza that is making waves in both China and the USA and is set to be a world wide sensation

Donegal’s Raymond along with 26 Talented Cast Members, Five Musicians and One Singer travelled to China on the 5th of August to perform in the China International Folk Arts Festival at the Qinghai Grand Theatre in West China’s Qinghai Province from the 8th to 12th of August.

This is a wonderful achievement not only for Raymond and the Cast but also for Donegal and gives great inspiration to other aspiring dancers of what can be achieved, through talent, hard work and dedication.

Raymond’s passion and talent for Irish Dancing started many years ago, at the age of 9 he started dancing with Teri Lafferty School of Dancing. His natural talent and commitment to his craft ensured many successes over the years and by the age of 16 his professional career kicked off when he joined Michael Flatley’s Lord of the Dance.

Speaking before boarding his flight to China Raymond said: “We created Titancidance in 2013 opening in An Grianan Theatre in Letterkenny, from here we performed in the Odyssey Arena, Belfast and the Millennium Forum in Derry and now we are heading to China! We are so excited and honoured to be taking part in China’s International Folk Arts Festival and are hoping that this will be the big break that we need to bring Titanicdance worldwide. I have been so lucky during my career to have danced with some of best Dancers all over the world but Titanicdance is particularly special for me, this is not just an Irish dance show; it’s an emotional journey of hope, aspiration, love, heartbreak and sadness that we hope will mesmerise audiences everywhere”.

Travelling to China will provide an excellent platform to showcase this incredible show to a global audience, gain the recognition it deserves and allow people to experience this amazing production first hand. Our feet are tapping just thinking on it!

Best of Luck to Raymond and the whole cast, China is just the tip of the Iceberg!

Teaching the teachers about nature at Glenveagh...