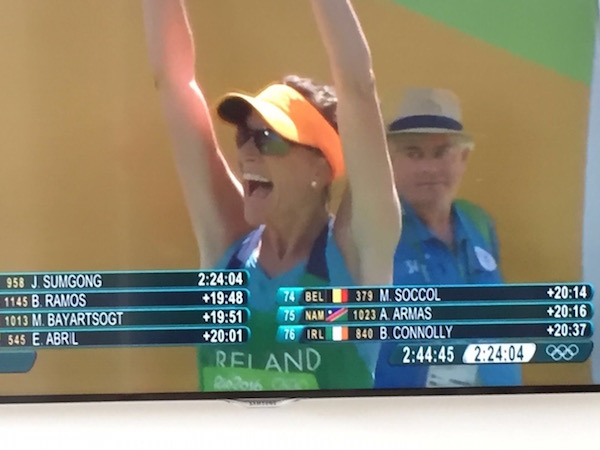 Breege Connolly, the Irish athlete with strong Donegal connections, has run a hugely respectable marathon at the Olympic Games in Rio.

Breege, who is from Kinlough in Co Leitrim and attended secondary school in Ballyshannon, finished in 76th place in a time of 2.44.45.

Theresa is a cousin of Theresa McGloin, the well-known Finn Valley athlete.

“It was very, very hot out there today but Breege stuck tot eh gameplay and ran a great race. The conditions were difficult for the Irish athletes as they would not have been used to such hot sun.

“But Breege ran a composed race and finished in an excellent time which she should be very proud of,” he said.