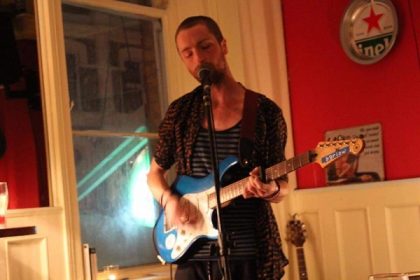 The family of missing Donegal singer Stephen ‘Stevie’ Martin have thanked all those involved in any way in the search for the missing 29 year old.

They confirmed that the body of Stevie, also known by his stage name Rainy Boy Sleep, was found earlier today.

He had been missing for a number of weeks.

Stevie’s family said they would like to “thank all involved in the search and efforts to find Stevie.”

Originally from Lifford, the 29 year old had gained major popularity in local music circles and was tipped to eventually become a huge star in his own right.

His car was found by Gardai close to Fanad Lighthouse on Tuesday last sparking a huge search in recent days.

Friends of the hugely-talented singer and painter have taken to social media to express their sorrow, sympathy and support for the Martin family at this time.

Well-known Derry singer Soak was one of hundreds of people who have expressed their condolences following Stevie’s deaths.

She wrote “Just heard news of my friend, Stevie Martin, aka Rainy Boy Sleep’s passing. I remember seeing him play at a festival locally when I was 13 and wishing I could write the songs he was singing, soon after that we made friends and he came to some of my first ever shows. We were lucky enough to have him on the road last year in Ireland for a couple of gigs and it was one of the most memorable tours we’ve done. Never saw you without a smile on your face, was a pleasure to know you Stevie, rest in peace x”