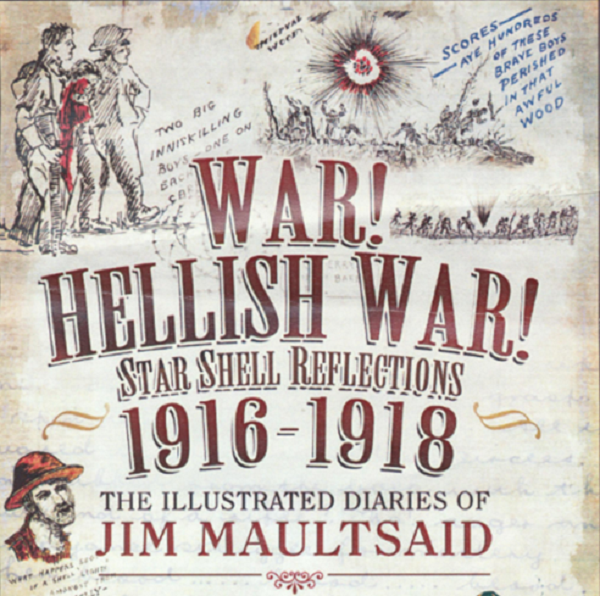 Donegal Museum invites you to step back in time with “War! Hellish War!” night

Donegal County Museum in association with Pen and Sword Books invite you to the launch of WAR! HELLISH WAR! Star Shell Reflections 1916- 1918: The Great War Diaries of Jim Maultsaid on Friday 26 August at 7.30pm.

There will be a short talk by military historian Richard Doherty and Barbara McClune, Granddaughter of Jim Maultsaid and the editor of’ Star Shell Reflections 1916′

Jim Maultsaid’s illustrated diaries of his Great War service offer a unique and completely original perspective of a fighting man’s experiences. Jim Maultsaid was born in Pennsylvania in 1893 to Donegal parents who returned to Letterkenny, Co Donegal when Jim was a baby.

He joined the British Army in 1914 and was badly wounded on the first day of the Battle of the Somme. In his diary he wrote, ‘the most awful cries rent the night air…it was a shambles…it was ‘Hell’ with the lid off… ’.

Jim survived and was hospitalised in England. Afterwards he was selected for officer training at Cambridge and was commissioned into the Chinese Labour Corps.

War! Hellish War! is more than a Great War diary – it is a masterpiece of great historical and educational value.

Something deliciously fishy going on at ATU...