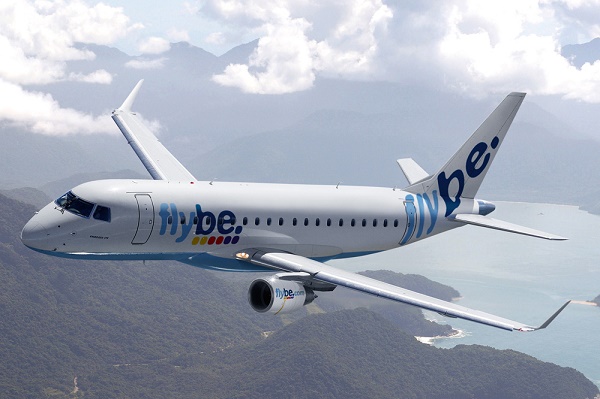 Ireland West Airport partners with Tourism Ireland and Flybe for major overseas campaign to grow tourist numbers to the West of Ireland.

Ireland West Airport in Knock has teamed up with Flybe and Tourism Ireland for a major overseas promotional campaign in the UK to promote flights to Ireland West Airport from Manchester, Birmingham and Edinburgh and grow tourist numbers to the West of Ireland this autumn. The joint campaign will run in Britain during August and September.

This campaign which has a value of almost €250,000 is just one element of an extensive promotional programme aimed at boosting travel to the West of Ireland from Great Britain during 2016 and 2017.

The campaign, which commenced this week, will run across press, online and social media channels and includes online coverage in the Daily Record in Scotland titled ‘Nine exciting things to do along the Wild Atlantic Way’ and online coverage in the Birmingham Mail and the Manchester Evening News titled ‘9 fun and exciting things to do along west Ireland’s Wild Atlantic Way’ – highlighting “one of the most enchanting and culturally rich coastal touring routes in the world” and counties Mayo, Galway, Leitrim, Sligo, Roscommon and Donegal to millions of potential British holidaymakers.

In total the first phase of the campaign will be viewed by in excess of 13 million people across press, online and social media channels, highlighting the Airport as the central gateway to for the Wild Atlantic Way and the many reasons why the West and North West of Ireland are such wonderful parts of Ireland for tourists to experience.

Joe Gilmore, Managing Director, Ireland West Airport, welcoming the commencement of this major overseas promotional campaign said; “We are delighted to partner with Tourism Ireland and Flybe on the biggest promotional campaign the airport has undertaken in recent years.

Flybe have been a long standing partner of the airport and the commencement of their new services earlier this year from Birmingham and Edinburgh have been a major boost for the West and North West of Ireland, as has their long standing Manchester service .

Furthermore we are delighted to see fantastic exposure for the Donegal region throughout this campaign, highlighting some of the wonderful attractions and activities available for tourists within a 60 – 90 minute drive of the airport when they come to the West”.

Julie Wakely, Tourism Ireland’s Deputy Head of Great Britain, said; “We are delighted to partner with Flybe and Ireland West Airport Knock once again, to maximise the promotion of flights from Birmingham, Edinburgh and Manchester and help grow tourist numbers to the West of Ireland this autumn.

As an island, the importance of convenient, direct, non-stop flights cannot be overstated – they are absolutely critical to achieving growth in inbound tourism.”

“Great Britain is the largest market for tourism to the island of Ireland and we have seen excellent growth in British visitor numbers so far again this year, with the most recent CSO figures for January to June showing a +16% increase.

We will continue to roll out an extensive programme of promotions in Britain this autumn, to keep the momentum going and boost business in the shoulder and off-peak season.”

Highlights of the campaign include;