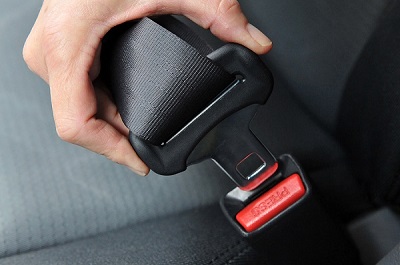 A young Donegal man whose life was saved by his seatbelt during a 125mph crash says he rarely wears them.

His is one of a number of horrific stories retold in an RTE Radio 1 documentary called ‘We Decides Who Lives and Dies.”

Ciarán, whose young son was also in the car, describes how he’s not a “big fan” of seatbelts, and is “just not comfortable wearing it”.

RTÉ Radio One journalist Ronan Kelly visited Donegal at the end of July to talk to drivers, both young and old, about why Donegal is statistically one of the most dangerous counties to drive in.

When Ciarán was asked why he had been driving so fast, he said; “No reason, just a moment of madness. Just to get a picture of what the car could really do and that’s what she could do. 125. She wouldn’t go no harder”.

He acknowledged that he would not have survived the crash if he had not been wearing a seatbelt, “it was on that night and it saved my life”.

He explained that he’s not a “big fan” of seatbelts and was only wearing one during the interview as he had spotted a Garda car patrolling the area.

However, a week later, following the deaths of five young people on Donegal’s roads within 48 hours, Ciarán said “it put the fear of God” into him, yet “you can’t stop nobody from speeding, no matter what”.

Donegal County Councillor, Brian O Donnell said that when we get behind the wheel of a car, “we decide who lives and dies.”

A carpark outside a hairdressers on the Pearse road in Letterkenny is where many young drivers park up and socialise. One of the young girls told Ronan of how she doesn’t wear a seatbelt as “we don’t need them.”

Ronan also spoke to a taxi driver who doesn’t wear a seatbelt so he can get out and chase people who don’t pay the fair. When asked if he had ever thought of what would happen him in an event of an accident, he said; “I never really thought of that.”

The full radio documentary, “We Decide Who Lives and Dies” can be found on RTÉ’s website.

Donegal Man Whose Seatbelt Saved His Life in 125kph Crash Still Refuses to Wear One was last modified: August 22nd, 2016 by Elaine McCallig