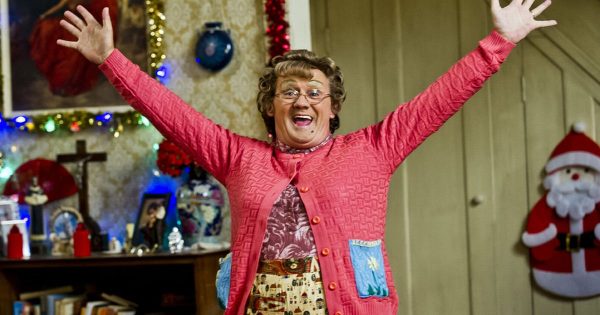 Mrs Brown’s Boys has been voted number 1 in an online poll conducted by Radio Times. The show, which is a co-production between RTÉ and BBC.

The hugely popular sitcom The Office was beaten to the top spot by the hilarious Mrs Browns’s Boys.

Donegal based Danny O’Carroll who plays Buster Brady has expressed his delight on Twitter.

Ricky Gervais’ The Office came second in the poll.

The triumph of Mrs Brown’s Boys has long puzzled critics. With over 14,000 voters casting their opinions in the poll it sure will get the credit it deserves.

Creator and main star of the show Brendan O’Carroll has said the win highlighted the show’s rising popularity in the face of poor reviews.

Below is the top 20 British sitcoms since the turn of the century.