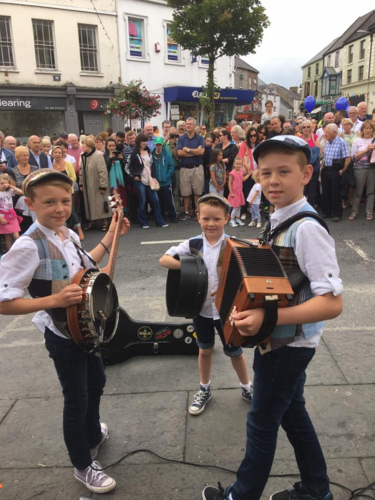 Three talented Donegal kids have seen the video of their incredible performance at the Fleadh go viral!

The Byrne brothers, from Mountcharles, dazzled crowds at the annual Fleadh which was held in Ennis, Co. Clare over the weekend.

A Facebook Live stream of the adorable trio Luca, Finn and Dempsey performing a song and jig has captured the hearts of the nation.

The brothers appeared on The Late Late Toy Show in December 2015, and have a bright future ahead of them.

To view their wonderful performance – simply click play on the video link below.