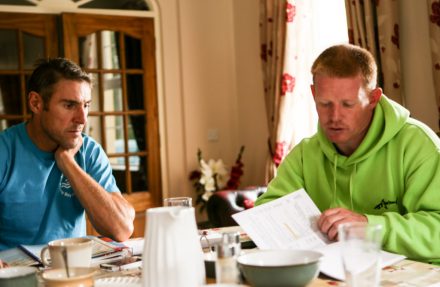 Donegal adventurer Jason Black will compete in one of the World’s toughest endurance challenges when he takes part in the Race Around Ireland on August 28th.

The Race Around Ireland is regarded as one of the toughest endurance challenges in the world and will take the racers on a 2,150km journey past some of the most stunning scenery in Ireland.

The route will take you past Newgrange, The Causeway Coast, Malin Head, The Cliffs of Moher, The Ring of Kerry, Mizen Head, the Garden County (Wicklow) and back to Moynalty in County Meath and ALL within a week. The race can be tracked live on racearoundireland.com.

Jason Black has entered the solo category and with the international ultra endurance athletes which will make for an exciting battle on what’s rated in the top five toughest races in the world.

With the 2150km route following the spectacular Irish coastline, riders will have to do battle equally with the relentless mountain roads, the unpredictable Irish weather along side the physical and mental challenge to continuously keep going non stop with nutrition challenges and sleep depravation never to far from stopping the athletes in there tracks, but that’s where the magic of adventure is… facing the unknown but not been afraid.

Jason told Donegal Daily, ‘Its going to a serious battle to firstly finish the 2150km race without even thinking about been competitive.

“I’ve really got to trust my training and preparation, I’ve worked so, so hard for this race but in reality I don’t think you can ever be ready for something like this.

“The race is beyond a single individual and I’ve an incredible back up team in support to help with navigation, nutrition, clothing and most of all the motivation needed to keep me moving forward. The team have been working night and day and have made huge personal & family sacrifices to help make this race possible, and ill carry that with pride.”

Black has conquered some of the world’s toughest mountains and the self confessed adrenaline is always striving to find the next challenge.

Jason will ride the 2150km race around Ireland 2016 carrying the Blue banner in support of the “Donegal Autism family support group” helping create awareness of support for parents and carers of loved ones on the autism spectrum.

Jason added, “The magic of life is not knowing what lies ahead, we shouldn’t be afraid of change or the unpredictable challenges that life throughs at us, yes for sure we have to change, retrain, work hard and face walls that seam times unclimbable.

“It involves looking at it possibly from a different angle to get to where we can, at times with the support of others.

Jason Black to compete in one of the toughest endurance challenges in the World was last modified: August 26th, 2016 by Mark Forker