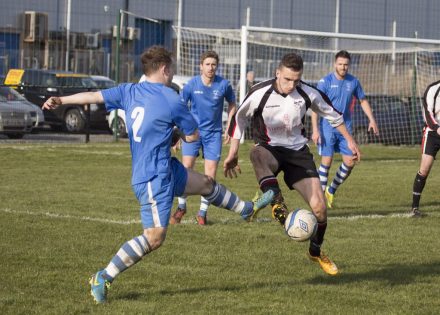 Letterkenny Rovers star Paul McVeigh is currently having a two-week trial at Scottish side Alloa Athletic.

Alloa Athletic are currently top of the Ladbrokes League 1 – and have won all four of their opening SFL games.

McVeigh, enjoyed a wonderful campaign as Letterkenny Rovers embarked on a memorable FAI Intermediate Cup journey, reaching the decider at the Aviva.

They also played four FAI Senior Cup games, and it was McVeigh’s MOTM performance against Athlone Town that caught the eye of scouts.

A week after their Aviva disappointment, Letterkenny travelled to Athlone, and produced a superb display that earned them a replay at Leckview.

It was the former Finn Harps players performance in the initial cup tie that prompted scouts to take him to Scotland for a two-week trial.

Letterkenny Rovers travel to Cockhill on Wednesday night for their season opener in the League Cup.