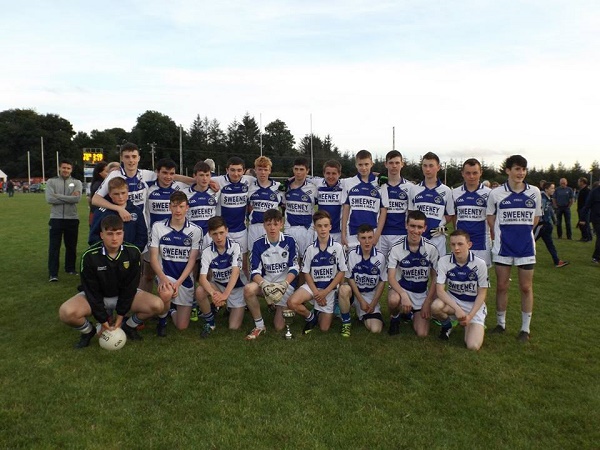 Gaeil Fhánada under 16 boys followed the example set by our senior ladies today when they brought silverware back to peninsula after a tight battle with Termon in Milford.

Aidan Mc Ateer and Hughie Shiels’ team needed extra time for their third game in succession but finished the stronger to claim the cup.

Captain Matthew Gallagher lifted the cup at the end and thanked the management team and his team mates in his speech. Both teams now qualify for the county semi finals against opposition from the southern board.

U16 County Semi Final
Next Sunday 04 th September at 6p.m. Venue and opposition to be confirmed later.