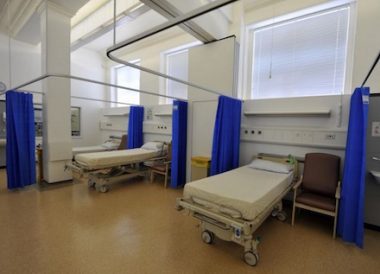 A ten bed medical ward at Letterkenny University Hospital has remained closed for the past two weeks because of a shortage of nursing staff, Donegal Daily can reveal.

The hospital has been stretched to capacity in recent days because of a large volume of patients attending the hospital for treatment.

The Saolta group, who represent the hospital, recently appealed to patients not to attend the hospital unless necessary and urged people to see their GPs instead.

A spokesman for Saolta confirmed the ward, Medical 5, is temporarily closed due to “nursing staffing constraints.”

Medical 5 is one of the newer wards at the hospital but has remained closed.

We also understand that some of the beds from this ward were removed and are being used by patients being forced to receive treatment in the hospital corridors during these busy periods.

Among the patients treated on the corridors of the hospital in recent days was a 97 year old.