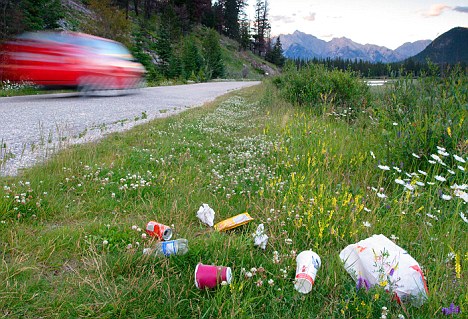 The well travelled N14 Strabane road has came in to heavy criticism following a recent survey by the Irish Business Against Litter.

The survey highlights the main ‘dirty’ spots of the country as well as highlighting some major cities black spots.

The survey found N14 Strabane Road was the most heavily littered of those surveyed in Letterkenny – it was certainly cleaner in parts where a ‘Clean Up’ appears to have taken place but the remainder had a steady stream of a wide variety of litter.

The common litter items like Sweet wrappers, cigarette butts, chewing gum and fast food wrappers are to blame for the litter problems in most parts of the country.

While Letterkenny was deemed to be “clean to European norms”, the survey revealed areas that are causing difficulties.

As the holder of the Tidiest Town title, Letterkenny was ranked in joint 29th place.

The town is ranked in joint place with Dundalk but is behind areas such as Athlone and Tallaght in Dublin.

“Letterkenny Town Park deserves a special mention as it was not just clear of litter but it is an extensive area which has been very carefully presented and maintained. It is great to see such a wonderful resource so well respected.”

“Port Road was a nicely laid out road with some striking sculpture and the Upper and Lower Main Streets were in very good order with substantial planter boxes and hanging baskets adding to the overall atmosphere.”