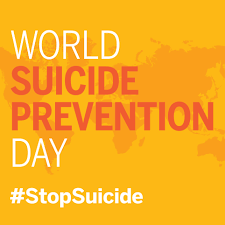 A Donegal GAA team have attempted the ‘Crossbar Challenge’ to help raise awareness ahead of World Suicide Prevention Day.

Four Masters U21 GAA side attempted the tricky skills test as part of the ‘Light Up Orange’ campaign which highlights the issue of suicide.

The organisers of the campaign are aiming to ‘Light Up Ireland Orange’ as part of on-going initiative to highlight World Suicide Prevention Day.

Donegal has been blighted by suicide in recent years, and organisers want people to join with them today for World Suicide Prevention Day.

They want to reiterate the message that it’s OK not to feel OK, and it’s absolutely OK to ask for help.

The World Health Organization estimates that over 800,000 people die by suicide each year – that’s one person every 40 seconds.

Up to 25 times as many again make a suicide attempt.

The tragic ripple effect means that there are many, many more people who have been bereaved by suicide or have been close to someone who has tried to take his or her own life.

And this is happening in spite of the fact that suicide is preventable. ‘Connect, communicate, care’ is the theme of the 2016 World Suicide Prevention Day.