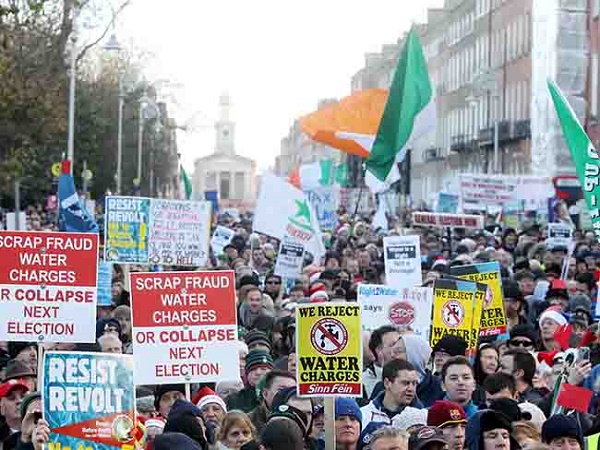 A Labour TD has said it’s not possible to scrap the controversial water tax, and has accused Fianna Fáil of engaging in populist politics.

Alan Kelly was speaking  after the European Commission said Ireland must keep the contentious charges which have been suspended pending an investigation.

Fianna Fáil has proposed that the water system be paid for through general taxation and that the principle of charging for usage should be abolished.

However, he has criticized Fianna Fáil and said their proposal smacks of hypocrisy – and also added that it is not legally possible to row back on charges.

“So Minister Coveney should give us a flavour of that.

“Legally the commission are being very clear with this Government so Fianna Fáil are engaging in populism as usual and this is a complete hypocrisy.”