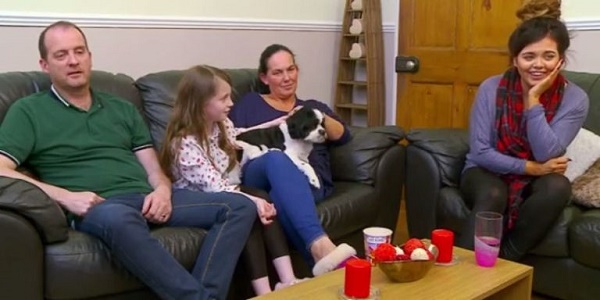 Could a Donegal family appear on ‘Gogglebox Ireland’?

Ireland’s version of the hit TV show ‘Gogglebox’ is to debut on Thursday night at 9:30pm for twelve weeks.

We are hoping to have our TV screens graced by the appearance of a Donegal family on Thursday night, however producers are keeping details of families involved under wraps and are not giving any hints to who may be involved, apart from three families from Dublin and Kildare.

There may be a strong chance of having a Donegal family included, as in the original version of ‘Gogglebox’, producers tried to find a family to represent each region in England, so if they need a family from the North West, we’re sure to be first on their list due to our award winning accent.

Although not all families have been named, this morning producers released details about three of the families.

Szymon and Aga are living in Tallaght but are originally from Poland.

Szymon and Aga have been best mates after meeting in college sixteen years ago. Aga moved to Ireland in 2004 to complete her PhD in UCD, and when her friend Szymon came over for a quick Halloween visit in 2007; he never went home.

The Gruffertys from Athy, County Kildare

Laura and Des Grufferty met fourteen years ago after bumping into each other at Laura’s hairdressers! The couple have a twelve year old daughter, Danielle, who will be joining them in the series,

To meet the other families taking part tune in to TV3 on Thursday night!

Could a Donegal family appear on ‘Gogglebox Ireland’? was last modified: September 18th, 2016 by Elaine McCallig