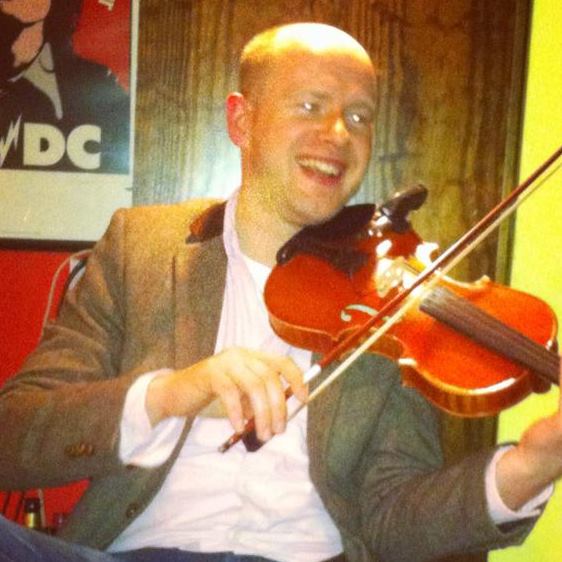 Famous Donegal fiddler beat up by gang of youths

A famous young Donegal fiddle player has revealed how he was set upon and had his finger broken in a vicious attack.

Matthew McGranaghan is one of Donegal’s best fiddle players, and he had played with a host of world-class artists during his decorated career.

However, he has appeared at Letterkenny District Court to give evidence after he was the victim of a vicious assault by a gang of youths.

The defendant, Michael Kelly, aged 20, with an address of 42 Beechwood Grove, Lifford was charged with the assault despite there being two other parties involved in the attack.

The incident occurred on the 24th of August 2013 at Grahamsland, Castlefinn.

The court heard how a gang of youths were loitering outside the property of Mr McGranaghan throwing stones, when the fiddle player decided to go down and speak to the youths.

“I decided rather foolishly, that I would go down and confront them, I was hoping I would act as a deterrent and they would leave.

“However, they started to verbally abuse me, and as I went to walk away from them to return back inside, I was then attacked from behind.

“I sustained a broken finger in the attack, which was a big problem for me as I’m employed as a musician – and I play the fiddle.”

Judge Paul Kelly asked Mr McGranaghan did he miss any work due to the assault and did he sustain any other injuries.

“No I didn’t miss any work, I couldn’t afford to, I’m self-employed so I just had to get on with it, it was difficult and quite painful.

“I also sustained a hairline fracture to my ribs, although it’s not on the medical report.”

Solicitor for the defendant Patsy Gallagher said there was no excuse for the conduct of his client, and said issues with alcohol and prescription drugs were a factor in the incident.

Gallagher told the court, “My client was a juvenile at the time of this assault, but there’s no excuse for his conduct, and the two other parties that were involved in this assault.

“He’s had mental health issues, and had a relatively tough upbringing, difficulties with his mother, and he had a very tough relationship with his father in his formative years.

“He need the assistance of the addiction services, he is unemployed and now lives with his dad who recognised he badly needed help, he’s imposed a strict regime on him, and he’s been out of trouble since.”

Judge Paul Kelly ordered a probation report to be complied on Mr Kelly and adjourned the case until November 21st.