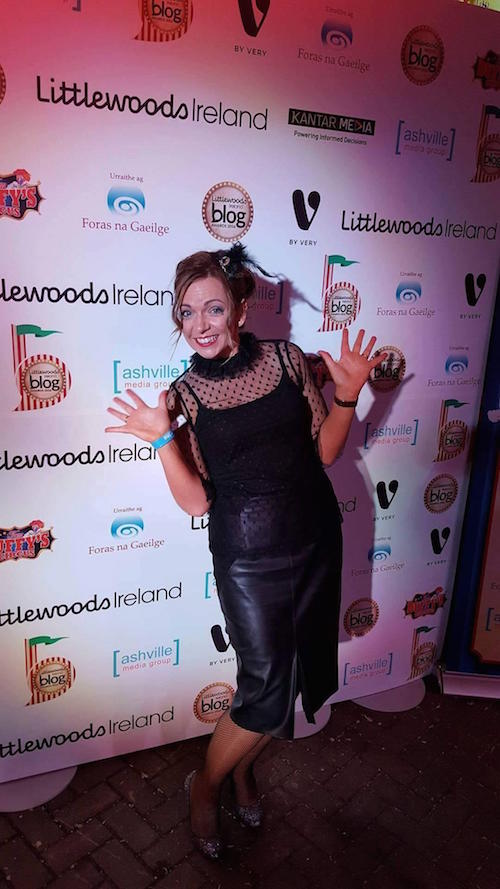 S-Mum Maria refuses to get ‘blogged’ down by motherhood!

Adopting a ‘warts and wall’ style to write about parenting might mean that life can sometimes look a bit like a circus for local mammy-blogger Maria Rushe.

So it was appropriate enough for her to discover that the finals of the Irish blogging awards last week were actually being held in Duffy’s circus tent.

Maria, who pens the hugely successful ‘Secrets of S-Mum’ blog, made it through the long-list of thousands and onto a short-list before her blog was selected for two categories in the national finals in Dun Laoghaire on Thursday night last.

“I was just so delighted to have been nominated, and I never expected to get shortlisted, never mind to the final. I blog for fun and never anticipated being included in such a huge national awards process,” Maria said this week.

However having been nominated for the awards, Secrets of S-Mum was indeed in the final in two categories: Best Parenting Blog and Best Blog Post for “I am Shake-a-bootay Mum.”

“It was amazing just to be there on the night and to see my wee blog up there beside established and well known bloggers. Secrets of S-Mum has taken on a life of its own in the past 4 months.

I tell it as it is: the good, the bad and the ugly. Other mums and dads seem to like that and it’s important that the “other side” of parenting is portrayed to society, not just the cliché of what perfect or ideal or acceptable parenting is.”

Maria is an English teacher at Colaiste Ailigh in Letterkenny. She is from and lives in Newtowncunningham.

The busy mother and school teacher is married to well-known health and fitness expert Emmet Rushe of Rushe Fitness and they have two daughters Julia aged 4 and baby Danielle who is just 10 months old.

Her experiences with her babies led Maria to commence writing her blog and, if that wasn’t enough to keep her busy she also organised Donegal’s first baby fayre “Bump and Beyond’ back in April with another one planned for the end of October.

She explains that contrary to what people might believe, the ‘S’ in S-Mum doesn’t stand for ‘super’ – although that doesn’t meant that it can’t.

“On any given day the ‘s’ stands for a different word, there have been ‘sick baby mum,’ ‘silly mum,’ even ‘snake mum,’ the ‘s’ is just a letter, it could just as easily have been any letter of the alphabet. The one that was nominated was ‘I am Shake-a-bootay Mum,” thankfully the reaction has been brilliant and when I sat down to think on how I was just writing the blog for fun, it was amazing to be there at the national awards,” Maria concluded.

S-Mum Maria refuses to get ‘blogged’ down by motherhood! was last modified: September 21st, 2016 by Stephen Maguire
Facebook0Tweet0LinkedIn0Print0