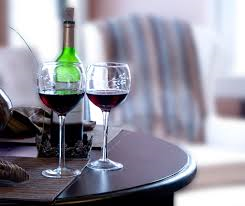 Judge warns mother of two to get her drinking under control

COURTS: A judge has warned a mother-of-two to get her drinking under control or face the consequences of not doing so.

The court heard how the defendant was extremely drunk outside Voodoo Venue and refused to heed instructions from Gardaí and was subsequently arrested.

The defendant has a string of previous convictions for public order offences, and Judge Paul Kelly said she has to get her drinking under control.

Judge Paul Kelly said, “You’ve got two children, what sort of an example are you giving to them?

“You’re working part-time, and with two kids are being put to the pin of one’s collar, but you need to be more careful.

“Your drinking is getting you into a lot of trouble, and it needs to be addressed.

“I’ll deal with matters on this occasion with a fine, but that won’t be on offer if you’re before me again.”

Judge Kelly gave Mrs Mc Clelland two fines of €100 and €150 respectively and gave her four months to pay both, and both fines could be paid by instalment.