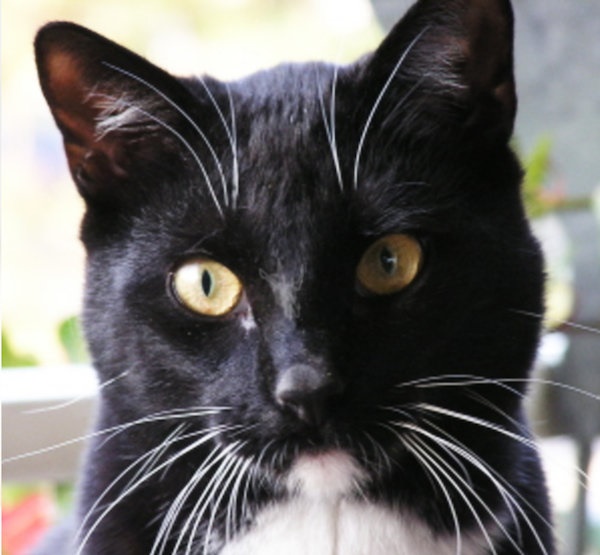 In August Nicola Ní Dufaigh launched an appeal with us after an eight month old kitten followed her neighbour home near St. Eunan’s College in Letterkenny.

As no owner came forward, Nicola directed her attention to finding Socks a loving home.

Socks was adopted last weekend by a family from Illistrin.

Nicola said; “They have a child who is 14 and loves Socks to bits. I got an update from the family this afternoon to say Socks is settling in so well and have full reign of the armchair! It came to a happy ending at last!”

It was a bittersweet day for Nicola as she loved having him around, however due to work and other commitments Nicola wouldn’t have been able to give him the amount of attention he deserves.

She described him as; “The most divine, loving, playful kitten. This guy has it all, from his tuxedo fur to his handsome looks, he is king of head butting and brushing up against you for lots of petting.”

We hope Socks settles in very well with his new p-awesome family!