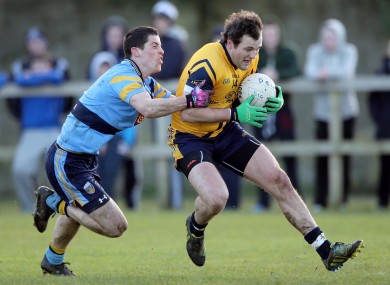 Donegal talisman and captain Michael Murphy is back in third-level education and has enrolled at University Ulster Jordanstown.

Murphy was a student for four years at DCU – and completed his degree in 2013.

However, Murphy is now back at UUJ where is set to undertake a Masters degree.

The Glenswilly man helped DCU to Sigerson Cup success in 2012 – and UUJ will be hoping he can power them to their first title since 2008.

For now, Murphy will be focused on steering Glenswilly to another Donegal SFC final, as his side take on Malin in the last four of the Donegal SFC on Sunday.