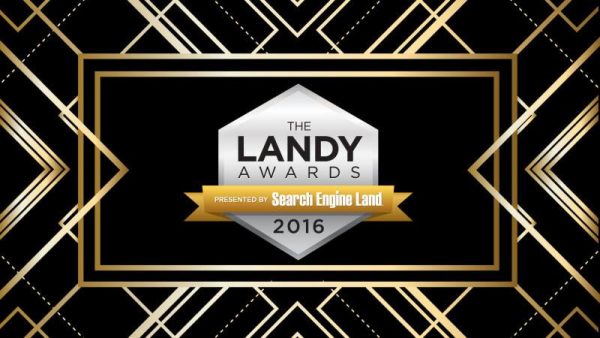 The department store’s website www.mcelhinneys.com came up trumps at this year’s finals of the Landy Awards which were held at a glitzy ceremony in New York City last night night. McElhinney’s took top prize along with its agency, Wolfgang Digital, for Best Overall Search Engine Management (SEM) Initiative in the small business category.

More than 200 entries were received from across the globe for the awards which recognise excellence in search marketing.

The award comes just five months after McElhinney’s beat off some of the biggest companies on the planet to receive a Commendation at the Drum Search Awards in London.

Ms Roisin Woods, Senior Manager for eCommerce and Marketing at McElhinney’s, said everyone at the store is delighted with the award.

“To win the Best Small Business SEM award at the Landy is so exciting for all the team. To be recognised amongst the best search marketing campaigns, individuals and agencies from all over the world really is exceptional,” she said.

“As a family owned independent business we must work harder, be more creative and innovative to compete with the larger global brands, proving with the right people anything is possible. We have an amazing team working instore and we are simply delighted with the nomination.”

McElhinney’s have won numerous eCommerce awards in the past four years, the latest in February for Best Search Marketing Campaign 2015.

The company has shipped to over 63 countries since launching their online business, creating up to ten new positions.

More jobs are expected later this year when work is completed on a €2.2 million, four-storey extension to their landmark store.

The massive new development will be used primarily for their internet sales business.

Founded by John McElhinney in 1971, the store now employs more than 190 full and part-time staff and is a major draw to the Twin Towns.

Over the years, it has grown and now operates from a 90,000 sq ft building, and has more than 1,500 suppliers, many of which are Irish. While his son, Martin, is the General Manager, John McElhinney is still actively involved in the day-to-day running of the business.