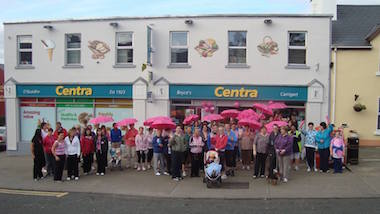 They’re popping the champagne corks in Carrigart tonight after a local shop sold the joint winning lotto ticket worth more than €2M.

Boyce’s Centra has confirmed they sold the ticket.

The store confirmed “We are happy to inform you that the winning tickets for the Irish Lotto tonight have been sold in our store! The prize of €5million has been won by two people both receiving €2.5million! We would like to congratulate both winners and hope to see you in store tomorrow:)”

A delighted Shaun Boyce, the owner of Boyce’s Centra confirmed to Donegal Daily that he has been contacted by a Lotto representative and said “it’s a cert.”

The identity of the winner has not yet been made public but rumours are rife as to who the new millionaire in the village is.

And those doing the Lotto Plus 2 which was worth €250,000 should also check their numbers as it was also won in the North West.