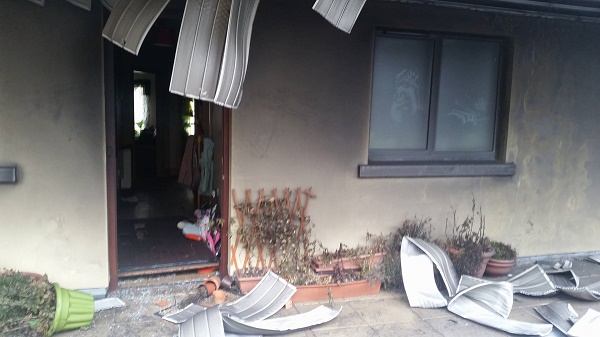 Families claim they have been left homeless after Letterkenny fire

Families caught up in the fire which ripped through the heart of Letterkenny claim they have nowhere left to go.

The fire is estimated to have caused up to €500,000 of damage after several cars caught fire at an underground carpark at Rosemount Lane.

At least two businesses including Watson’s Menswear and O’Hieir’s Bakery were left with serious smoke damage as a result of the blaze which started at 2am on Thursday morning last.

A number of families living in the upstairs apartment block above the carpark were lucky to escape without serious injury after being evacuated from their homes in the middle of the night.

Two families have opened up about their traumatising experience, saying that they are now left with nowhere to go as they will have to leave the hotel at noon today. 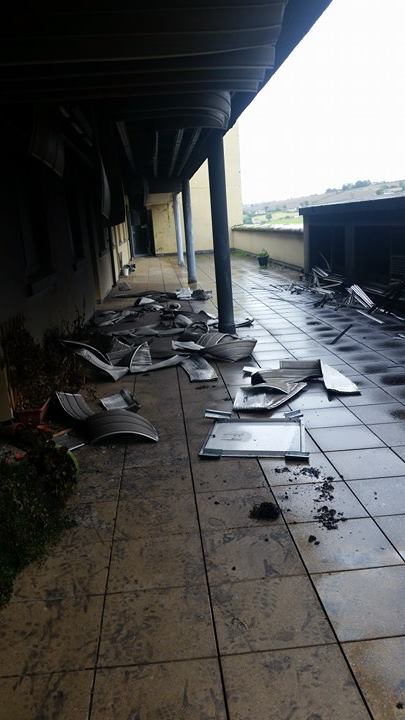 The damage outside the apartment block.

Psychologically, the fire has taken its toll on the families, as one lady’s little boy, who was once a hyper and outgoing ‘little monkey’ wakes up screaming every night.

And a mother of two feels as though she can still smell the smoke and constantly feels the need to prepare to grab the kids and escape in the event of another fire.

Speaking to Donegal Daily, mum of two Jagoda spoke of the traumatising experience of being caught up in the fire.

“Around 1:40am the fire alarm went off, but we assumed it was a false alarm as that happens sometimes. I opened the window and saw light and smoke. I went downstairs and saw a car on fire. I called 911 and then ran upstairs to get my kids and left.” As she ran back upstairs, Jagoda shouted that there was a fire to alert her neighbours. Thankfully, no one was injured in the blaze.

Jagoda’s daughter (5), and her son (2) were left severely shaken after the incident.

Jagoda managed to gather together some clothes and medication before leaving, but everything she gathered reeks of smoke.

The family are now staying in a local hotel, but will have to leave at noon on Monday. 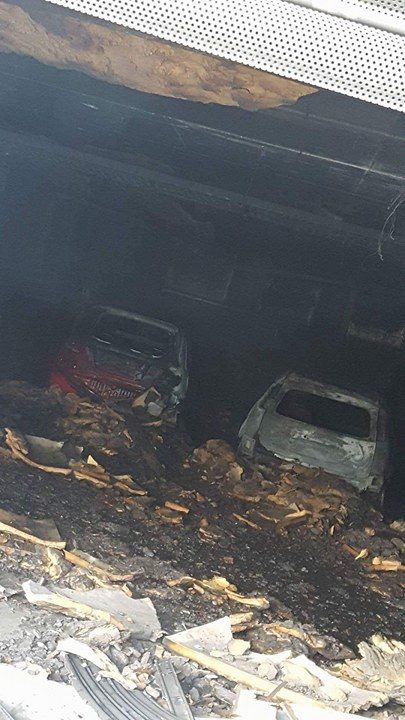 Some of the cars damaged by the fire.

Jagoda has searched tirelessly for accommodation, but says she is unable to find anything close to her daughter’s school and her boyfriend’s employment.

Their car was destroyed in the blaze too, which means they will have difficulty commuting to Letterkenny if they find something on the outskirts of the town.

“My boyfriend will have to go to work on Monday morning, and I will have to leave my daughter at school. She has just started this September. After that, I’ll just be on my own trying to find out what to do.”

Luckily, Jagoda’s friends are willing to help them out after they leave the hotel, but will need to find something permanent as her friend has three children and space will be tight.

“There are single mothers with no money affected by this too.”

“I just have no words for the situation. I don’t know what to do, I have never been in a situation like this before.”

One of her neighbours, a single mother, was given assistance by the council. The County Council agreed to give her a cheque to get clothes for her family and a subsidy towards an apartment once she finds one.

Jagoda’s family are left stuck however, as the council are unable to help as her boyfriend is in full time employment.

It will take around three to four months before the families affected can move back into the apartments as they are still awaiting information from the insurance company, and the apartments will need to be gutted and completely redone.

“We probably won’t be able to move back in until after Christmas”.

“I still smell the smoke. I just feel prepared to get the children and run again.”

“I just want to forget about it and go back to normal life, but I can’t.”

Another woman affected by the fire, Magda, spoke of how her family is left not knowing what to do following the fire.

“I was still awake and was about to go to sleep. I heard the alarm but because it rings at least once a month, we all ignored it. Shortly after, I smelled the smoke and ran out to the door and couldn’t even see anything as it was already full of smoke.”

“We went to fire exit but the smoke was there too, but not as bad. We couldn’t leave the building that way though. The main entrance was smoked up really badly as well. We were trapped there for about 30 minutes and the smoke was getting worse. There were two kids with us, aged three and four.”

“Finally the fire men arrived in masks. They told us that we have to follow them through main exit without masks. They had none even for children. If we knew it was safe enough to leave without masks we would have done it.”

“I had my wee boy’s preschool bag and there was his spare clothes so I just passed trousers over to the girl that had the other child and told her to cover his face with it. I did same with my boy. We couldn’t see where we were going it, it was that smoked up. We could barely breathe and see.”

“My wee boy is a hyper wee monkey but that night he silently lay in bed with his eyes open. He wakes up every night screaming ‘mammy’ in his sleep”

“Donegal County Council told us that we can stay in the hotel until Monday, and then we are on our own. I have no plans about what to do. I was going to find a new house to rent but there is nothing.”

Two men have been arrested following the incident that caused half a million euro worth of damages, including destroyed apartments, cars, and businesses in the area.

The area has been sealed off and a thorough investigation is underway.