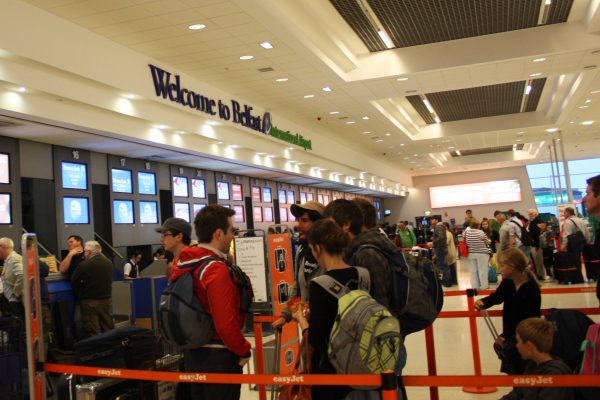 Commuters and passengers from Donegal planning to use Belfast International Airport face delays and cancellations following an incident on the runway.

It is reported that a freighter aircraft broke down due to burst tyres, leading to significant disruption as recovery vehicles attended the scene.

All early arrivals and departures were suspended for the operation. Departures have since resumed, and there are reports of long queues as airlines attempt to rebook travellers on later flights. This morning’s early departures to Glasgow, Edinburgh, Liverpool and London Luton were cancelled.

All arrivals were suspended for some time, but a number of landings have now taken place.

Passengers planning to use the airport this morning are advised to check with their airlines.