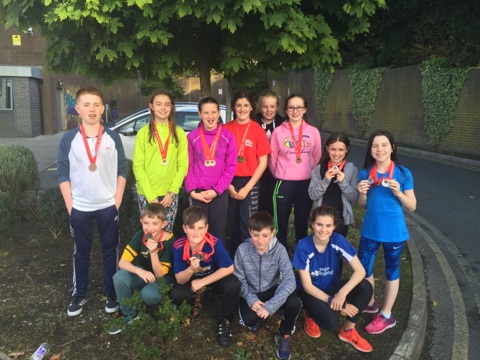 The Swilly Seals were well represented in Armagh at the weekend with 18 young swimmers taking part in the Swim Ulster Development Series.

Grainne Russell will be heading for the sun this Halloween break as she was selected to join the Ulster Schools swimming squad for a weeks training in Tenerife. Grainne will be training twice a day for two hours a day in the 50 metre outdoor facility. She qualified for the trip through the Ulster schools competition this time last year.
A massive well done to Grainne on this exceptional achievement. All her hard work and dedication paying off.

The club received more great news recently when seals star Molly Nulty was invited to join the Swim Ulster Academy. Molly has shown amazing ability across all strokes and distances over the years and has received this deserved recognition from Swim Ulster.