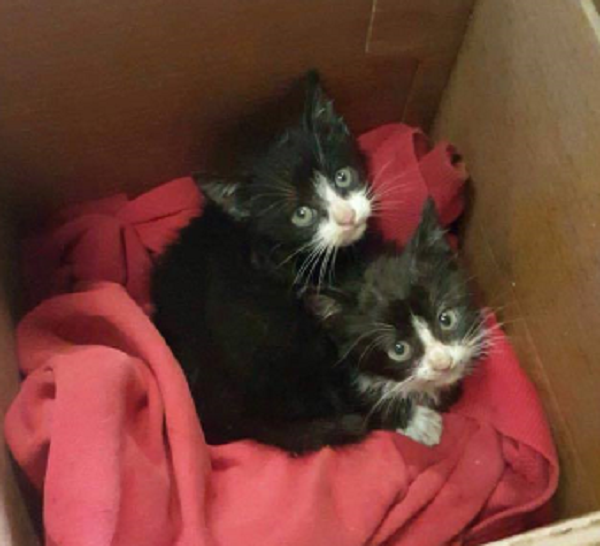 Relief as abandoned kittens spared from being put to sleep

An appeal for an emergency adoption was launched earlier today in which two abandoned kittens were due to be put to sleep if not adopted within an hour.

Thankfully several people came forward to express interest in adopting the kittens, and they are now currently on their way to their new home in Convoy.

The lady who found the kittens said that she received three calls within twenty minutes of the appeal being published, and they will now live and long and happy life with their new family.

Thank you to all who shared the appeal and helped get these little kittens a home to call their own.

Relief as abandoned kittens spared from being put to sleep was last modified: October 8th, 2016 by Elaine McCallig