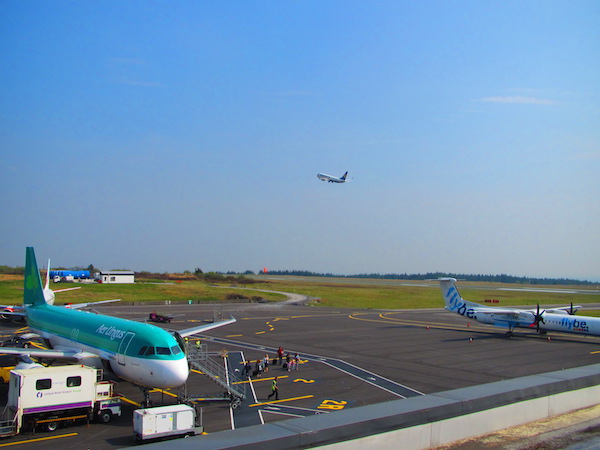 Donegal sunseekers can now book flights to some of their favourite European destinations as the summer 2017 schedule is announced at Ireland West Airport Knock.

Passengers from across Donegal can now choose between 22 international destinations for next year, flying with three of Europe’s major international airlines: Aer Lingus, Flybe and Ryanair.

Next summer, the airport will offer the biggest selection of sun destinations from the north west, building on the airport’s reputation as the most popular gateway for European sun breaks.

2017 will see the return of services to popular European hotspots including Alicante, Barcelona, Croatia, Faro-Algarve, Lanzarote, Milan and Tenerife with Ryanair and Costa Dorada (Salou) with Falcon Holidays and Croatia with Concorde Travel.

These services continue to be hugely popular with holidaymakers from Donegal in particular, with more than 30,000 people from the county last year opting to fly from Ireland West Airport due to the convenience, value for money and hassle free nature of travelling from the airport.

Summer 2017 will see the airport offer the largest choice of UK destinations from any airport along the western seaboard, with more than 100 weekly flights to and from key UK markets such as London Luton and Stansted with Ryanair, London Gatwick with Aer Lingus, Manchester, Birmingham and Edinburgh with Flybe and Bristol, East Midlands and Liverpool with Ryanair.

The London market is a particularly strong destination for the airport with up to five daily services to the city, including morning and evening return flights to both Luton and Stansted with Ryanair on Mondays, Fridays and Sundays and an additional afternoon service to Gatwick with Aer Lingus on a daily basis.

Not only is there a large selection of destinations to choose from, but passengers can now book their car parking online on www.irelandwestairport.com and enjoy savings of up to 30% on the normal price of airport parking. A week’s parking is now available to pre-book online from just €25, which is amongst the cheapest airport parking rates available in the country.

Furthermore, Bus Eireann now offer up to five daily services to and from the airport from Donegal, bringing the airport even closer to people throughout the region.