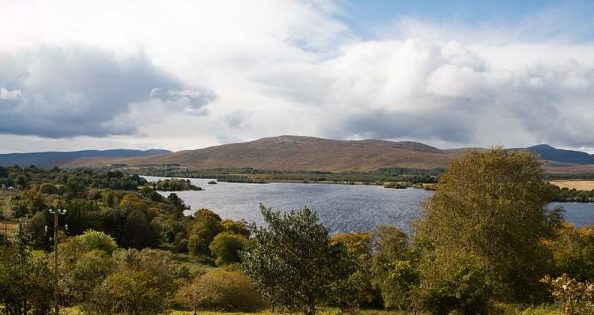 Transition Year student Cliodhna Harvey looks back on her experiences of walking, watersports and scavenging at Gartan as part of her Gaisce Award.

Last Wednesday the 5th of October, 120 TY students from Loreto Convent Letterkenny headed out to Gartan for two adventurous nights. As soon as they arrived, they were thrown into the deep end and had to walk 15km around Gartan Lake.

Thankfully on return, a warm dinner was waiting on them. However their day wasn’t over yet, as they still had the night line to do, which involved trekking through a dark and muddy forest – blindfolded!

The following morning, all 120 TYs were up at 8:00am with half heading out to the cold, icy waters of Gartan Lake for kayaking and canoeing and the other half staying on land doing orienteering, archery and rock climbing.

There was no break for the TYs on Thursday night either, as they were faced with the challenge of the Scavanger Hunt, which involved finding out different pieces of information about Gartan, by working together as a team.

The TYs had another late night on Thursday, as the Gartan team brought out their karaoke machine, for some late night entertainment. However these late nights weren’t a good enough excuse for a lie in, as the TYs were up at the crack of dawn again on Friday for another long, exhausting walk from Gartan to Glenveagh Castle. (18km)

After the great, action-packed three days at Gartan Outdoor Education & Training Centre, the Loreto girls were ready for a good night’s sleep. All had had a fantastic experience and would return again in a heartbeat.