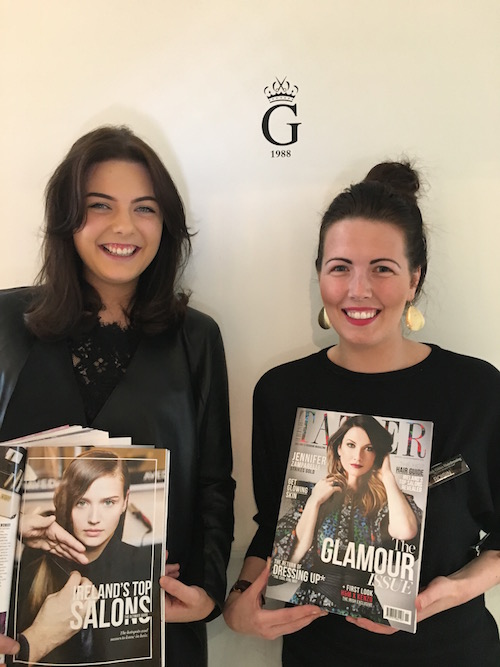 Patrick Gildea’s Hairdressing team has received another accolade after being listed as one of the top salons in Ireland by High Fashion Tatler Magazine in their November glamour issue.

A total of 21 Salons from around Ireland were chosen by Tatler magazine for their glamour feature on Ireland’s Top Salons- The hotspots and names to know in hair.

The team at Patrick Gildea hairdressing are synonymous with quality so it was no surprise to see their name included in the top salon feature but not only were they the only Donegal Salon but they were also the only salon in Ulster chosen outside of Belfast!

Commenting on this wonderful achievement Patrick said “We are so happy to be included in the Irish Tatler’s Top Salons Feature and to be the only Salon in Ulster outside of Belfast listed makes it even more special. The feature really does cover the crème de la crème of the hairdressing industry so it is an absolute privilege for us to be included alongside some of the most successful salons in the country.

“Our team are constantly striving for Excellence at every opportunity and never stop training and upskilling to make sure that they are always one step ahead, so it is great when all the hard work pays off, thanks to everyone at the Irish Tatler Magazine for researching our salon and choosing it in their top listing”

For more information on Patrick Gildea Hairdressing see www.patrickgildea.ie or contact the salon on 074-9125476.